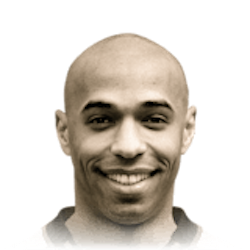 Titi was an accomplished footballer and one of the most marketable players during his playing career. Although he didn't make much money in wages during his time at Monaco, or Arsenal compared to today's standards, his success on the field meant he had some lucrative deals outside the pitch. He was endorsed by Nike, Reebok, Puma, Renault, Pepsi, Gillette, Gatorade, EA Sports, and even their rivals, Konami. Combined with his past and present salaries, we're estimating his net worth to be in the region of 65 million Euros. That is not bad for a player with no known business interests.

What does Henry currently do?