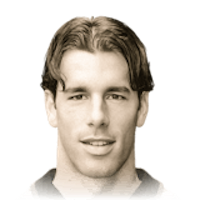 This top-class striker was a perfect combination of lethality and dosage combined. He had amassed numerous goals for both club and country., and came to be known as a dependent source to pull his teams out of trouble. He wasn't an overly aggressive player, and his exploitation of the rules of the penalty area is well known. He was also one of the coolest takers of the penalty, and we loved it when he sent the keepers the wrong way, before slotting the ball into the back of the net. Sponsored by Nike during his career, we think he's worth about 80 Million Euros.

What does van Nistelrooy currently do?