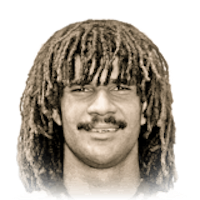 The '70s and the '80s were not a very good time if you wanted to make big bucks as a footballer. Football was a widely popular sport, but nowhere near the level, it is today with regard to the money spent. It was simpler and much more enjoyable back then in a lot of ways. Money has ruined the sport largely, and we're thankful that this legend played when things were still acceptable. His career began in '79 and ended in '98. With very few endorsements to back him up, his net worth is estimated to be not more than 30 million Euros.

What does Gullit currently do?