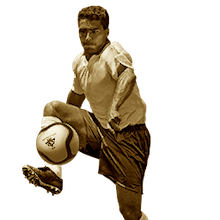 Regarded as one of the greatest players to ever play the game, Baixinho has been retired since 2009. However, people still speak of his exploits as if they had happened yesterday. He's a legend who was a part of some of the greatest moments in the history of the sport. As a striker, he was prolific in front of goal. His eagerness to perform at the very best kept him going for more than two decades. His career has been an inspiration to countless youngsters in Brazil and around the world. Our estimates suggest that his net worth could be about 25 million Euros.

What does Romario currently do?