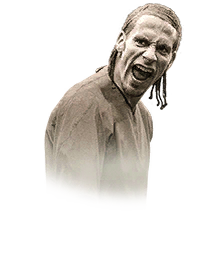 He had an extremely prosperous football career. His game was eloquent in the sense that he was able to express himself on the pitch even though he was a center back. His time at Manchester United has become the stuff of legends. He was endorsed by Nike and has enjoyed authority as a prominent figure in English football. Ferdz did have a few commitments outside of football involving film and music. We think he's made a considerable sum of money from his endeavors. Our educated guess on his net worth is about 100 million Euros.

What does Ferdinand currently do?