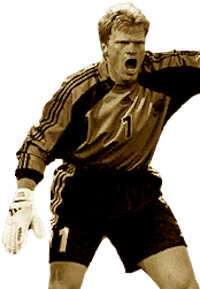 A world-renowned goalkeeper, he spent the majority of his career at Bayern Munich. Born in Karlsruhe, which was a part of West Germany, he began playing with Karlsruher SC, graduated to their first team, and made his way to Munich. As a player, he was strong and commanded his area well. Adidas has been involved with him for a very long time. He was a true warrior, and this professional didn't find the time or the need to be doing anything else than playing football. Our educated guess of his net worth is about 35 million Euros as of writing.

What does Kahn currently do?