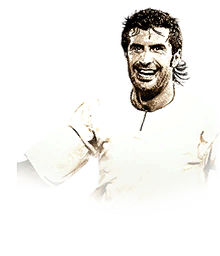 How much did Luis Figo earn?
Luis Figo has a net worth of...

Portuguese football has been consistent with talent production, but the country did not manage to get a big name out after Eusebio hung his boots. Everything changed when this youngster turned up at Sporting. He'd go on to become one of Portugal's successful exports, and he made a mark for himself in the Spanish top flight. He retired in 2009 after spending a considerable amount of time with Inter Milan. He has since tried to become the president of FIFA but quickly withdrew. He has also been involved with campaigns to promote better health and owns a bar in Portugal. His high profile playing career with top clubs in Europe meant he made good money playing football. His net worth is in the region of 50 million Euros as of now.

What does Figo currently do?