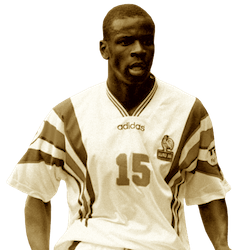 This French legend began playing in Monaco before establishing himself in Italy with Parma and Juventus. His club career ended in 2008 with FC Barcelona. He has represented his country, France, from 1994 to 2008. He was known to be an aggressive player, but this world-class defender was one of the best when it came to tactical superiority. He was also technically sound and an overall gifted athlete. He amassed his wealth from playing and sponsorships. Nike was the main supporter of this legend. We think he's worth about 25 million Euros approximately. He has supported various causes after retirement and has become an activist of sorts.

What does Thuram currently do?