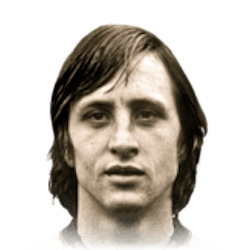 He was already a legend in Amsterdam and by far the highest paid player in the Dutch Eredivisie. His transfer from AFC Ajax to FC Barcelona made him the most expensive football player in the world at that moment (1973). In Barcelona he became a global icon and his wealth grew significantly. Even though he never earned the wages he was used to in Spain, he always assured that his brand was impeccable and thus he remained a very wealthy individual even after his career. His endorsement deals were nothing to sneeze at. The legend showed up in commercials for Marlboro and Chupa Chups, among others. This netted him huge amounts of cash. His net worth at the time of his death is assumed to be roughly 20 Million Euro's (18 Million Dollars).

What does Cruijff currently do?