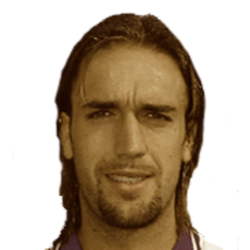 Batigol was the most successful striker of his generation. He played at a time when football was slowly but steadily moving towards becoming a big business. He was at least ten years early to the game. Considering how he looked and how he played, he would have made a fortune in today's world. His estimated net worth of 5 million Euros was entirely made from his achievements on the pitch. Mega sponsorship deals were not very common back in the day. It's kind of bittersweet because we know he would have done well in any era, but we're glad we got to see him play football and not basketball.

What does Batistuta currently do?