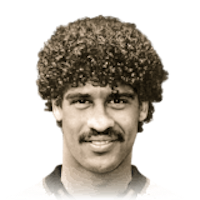 Mr. Llama was a strong and powerful defensive midfielder who could also play in the backline as a center back. He was a part of the infamous Dutch team that was full of stars but didn't win much on the international stage. Although he didn't make much from endorsements or from wages as a player, he did have a successful managerial career. Coaching FC Barcelona has to be at the top of the list. He earned a sumptuous amount from being the man at the helm. We think he's worth about 50 Million Euros, net.

What does Rijkaard currently do?