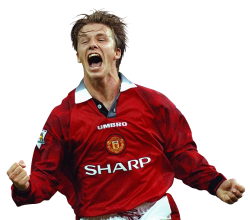 Football's first and true megastar. The game's most brandable icon and a true galactico in every sense of the word, this exceedingly good looking man has made a fortune with his skills. Combine that with his wife's net worth, and the couple could easily be worth over a billion Euros. Alone, he's worth about 400 million Euros. This former Real Madrid and Manchester United star is also a shrewd businessman. He has put his good looks to bank him huge sums of money. An astute leader on and off the pitch, he's in his mid 40's now but still manages to draw the crowds. The craze that an entire generation shares for him are not going to die down anytime soon.

What does Beckham currently do?