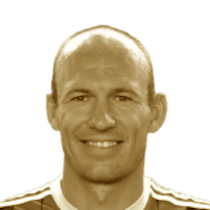 This statement is going to stir the pot unlike any other we've said on this site yet. But we're still going to. 'The Glass Man' is a better dribbler than Lionel Messi. Although this statement is up for debate, in our eyes, this legend is one of the best right wingers to have ever played the game. Sponsored by Adidas, his trademark move was cutting in from the right. Although defenders knew that he was going to do it, there was nothing they could do that'd stop him. It saddened us a bit to hear that he retired from the game. He has since come back but won't add much to his net worth of about 120 Million Euros from his current endeavor.

What does Robben currently do?