This professional golfer was born in Salt Lake City, Utah, on September 14, 1989. A two-time medalist in the Utah state high school championship and a member of the Utah State Amateur Championship in 2006, this young man attended the West High School in his hometown. This young man, surprisingly, didn’t go to college like the rest of his peers. He decided that he was ready to become a professional and became one in 2007. He knew that things were going to be much harder for him and that his career choice meant that his trajectory would be a lot different to the others.

The man was willing to take that risk and began playing on the NGA Hooters Tour, the Gateway Tour, and the National Pro Tour. He even competed on The Big Break, a reality television program broadcast by the Golf Channel, in 2009 and finished second. Four years later, in 2013, Tony joined the PGA TOUR Canada. His Korn Ferry Tour debut came in 2014, and a year later, in 2015, he made his first appearance on the PGA Tour. The man from Utah won the Puerto Rico Open at Coco Beach, his first PGA Tour victory, in the 2015-16 season. He had to wait until the 2020-21 season to win his second title. How much longer is it going to be before he bags another one?

A family-oriented woman, Alayna has been our golfer’s wife for quite a while now. These two are members of The Church of Jesus Christ of Latter-day Saints and run a loving household together.

Who is Tony Finau currently dating?

Whilst it isn’t entirely clear how and when these two met, we know that they’ve been there for each other from the beginning. The golfer is incredibly committed to his wife and wouldn’t dream of cheating on her. Alayna is the one he’s dating now.

Kelepi Finau is our golfer’s father. His mum Ravena passed away on November 27, 2011. He has stated that he misses his mum badly. This American golfer has four brothers and two sisters. He also has five children with his wife, Alayna.

This veteran golfer has appeared in 210 events on the PGA Tour so far. Sadly, he has just 2 career wins ever. The man has finished in second place on ten occasions and third three times. He also has 50 top-ten finishes. Thanks to making nearly $28 million from golf, his reported net worth is about $25 million as of now.

How much does Tony Finau earn per year?

This golfer enjoys deals with Nike and Ping. He also works with Aptive Environmental, a pest control company. This golfer makes about $1 million a year from his sponsorship deals. 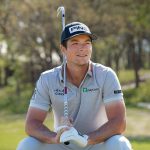 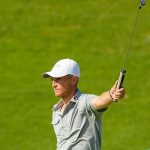