The FedEx Cup Champion in 2017, this golfer was born on April 29, 1993, in Louisville, Kentucky, the United States. Named Kentucky’s Mr Golf in his junior year of high school, this young man attended the St. Xavier High School in Louisville before going on to play college-level golf at the University of Alabama. The winner of the Haskins Award in 2012, this American turned pro in 2013. However, he waited until 2014 to enter the Korn Ferry Tour. After winning the Nationwide Children’s Hospital Championship in 2014, he decided that he was good enough for the PGA Tour and entered it the following year.

The PGA Tour Player of the Year award winner in 2017, this golf player won his first-ever title, the CIMB Classic, in the 2015-16 season. A former world number one, the man from Louisville has won fourteen other titles on the PGA Tour. He also has four European Tour wins and two Asian Tour wins, in addition to the one win at the Korn Ferry Tour. This young man won the PGA Championship in 2017 and repeated that feat in 2022 too. Things are looking exciting for this player now, to say the least.


Jillian Wisniewski is the girl in our golfer’s life. In fact, she is his fiancée now. The former world number one asked her the big question, and the couple announced their engagement in November 2021. Although we’re not sure when and where these two met, we know that they’ve been dating each other since 2016, at least.

Who is Justin Thomas currently dating?

Jillian has been with our golfer for quite a while now. The man’s not bored of her, and judging by the way he’s approached this relationship, we know that he’s going to go all the way with her. Jillian Wisniewski is the woman he’s currently dating, and that isn’t going to change anytime soon.

Jani and Mike Thomas are the parents of our golfer. Mike has been the head professional at the Harmony Landing in Goshen, Kentucky, since 1990. His grandad was a 60-year member of the PGA too. Golf just runs in this family. Whilst we don’t know much about his mum, Jani does accompany her son to most of his events. We reckon that he’s an only son to his parents. Jill and JT do not have any kids of their own.

With 15 wins, 6 second-place finishes, and 12 third-place finishes in his career, JT has won over $50.5 million from playing golf. Our calculations tell us that he could be worth about $48 million at least.

How much does Justin Thomas earn per year?

JT has endorsement deals with Citigroup, WHOOP, Netjets, Beats, Titleist, and Footjoy. He’s estimated to make over $2.5 million a year from his deals. 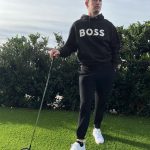 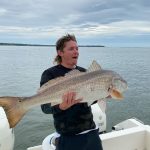