Timothy John Betar is a Twitch streamer who has been broadcasting since 2012. Better known as TimTheTatman, this young man was born on the 8th of April, 1990, in the USA. As someone who began streaming CounterStrike: Global Offensive, which happens to be one of our favourite games ever, this streamer has also played Fortnite, Overwatch, and World of Warcraft for our entertainment. In his career, he has amassed a following of over 4.5 million subscribers on Youtube and 2.8 million followers on Twitter.

Since first starting to stream on Twitch, he has posted thousands of hours of gameplay footage to his fans from around the world. With about 7 million followers in total, this streamer is now exclusive on Youtube. To all you Twitch fans who were hoping to see him get back on the platform, we’re sorry.

What is the TimTheTatMan Setup

This streamer loves being comfortable on the job. He has quite an excellent setup that’s on par with some of the best out there. Check it out for yourself.

As you can see, Timthetatman didn’t want to compromise on anything when he decided to build his system. He’s a perfectionist if you ask us.

Gamers are perfectly capable of having normal relations in the real world too. Take a look at Tim, who is a married man now. This player met his now wife whilst he was in high school. Alexis must have been kind of a big deal because distracting a teenager who was obsessed with games is a mighty task.

Who is TimTheTatMan currently dating?

Tim’s relationship with Alexis was a complicated one. That was until he found his footing and decided to act maturely. They’ve been on again and off again, but the most important fact is that this couple has weathered the storm successfully. Tim wouldn’t want to be with anyone else but Alexis, and we admire that.

This young man has had his share of misery in the past. He lost his mum when he was just fifteen and was raised by his father. Tim shares a special bond with his pops and even introduced him on one of his streams. It’s safe to say that his dad has been instrumental in raising him all by himself. Tim has never spoken out about his siblings in the past. It’s unclear if he has any. However, we do know that he has a son named Brewer with Alexis. The kid was born on April 11, 2019, and has been introduced to Tim’s fans.

Our research indicates that Tim has an estimated net worth of about $10 million, at least. This is a considerable increase from what he had in the bank just two years ago. The majority of this money comes from the massive deal he signed with Youtube.

How much does TimTheTatMan earn per year?

We’ve come to learn that Tim makes close to $1.5 million a year from being a streamer. This youngster also has endorsement deals with Chipotle, Asus, Herman Miller and a few other brands too. This gamer makes more than enough money to lead a comfortable life. 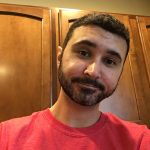 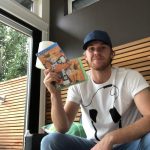