Cody Conrod, aka Clix, is a Twitch streamer from the United States. He was born on the 7th of January 2005 in Connecticut and began his career by uploading Fortnite gameplay videos on Youtube. Cody. This lad was introduced to gaming by his older brother, and it’s no surprise that he took a liking to it.

Clix snuck into his brother’s room to play Call of Duty: Zombies. However, when he discovered Fortnite, the world changed upside down for him. Clix took a liking to it and started focusing on becoming a pro. If there’s something about him that we’ve learnt is that this lad is very passionate about the things he loves. He got good at Fortnite. Really good. As soon as that was done and dusted, he decided to become a streamer. This young man started streaming on Twitch circa 2018. He quickly became one of the most popular streamers on the platform. Clix now has about 5.4 million followers there. He has even got 1.95 million subscribers on Youtube. We’re certain that he wants to focus on his esports career. However, when he decides to call it quits there, he has his streaming channels to support him for the rest of his life.

What is the Clix Setup

Life’s got a funny way of doing things. Sometimes it just gives you what you want and when it does, it pours. When Clix looks back at his life, he always thinks about the time he begged his dad for a PC. Look at what he’s got now.

This is not bad for a 17-year-old to have. We know a lot of young kids who do much less and have a lot more. This guy deserved a kick-ass setup like this.

Clix is one of the most successful streamers in the Fortnite community and has over 5 million followers on Twitch. He has also won a number of tournaments. Believe us when we tell you that when someone is this passionate about gaming, they aren’t thinking about anything else. We’ve been there.

Who is Clix currently dating?

As a motivated young man, this lad’s focused on his professional life. He doesn’t have the time to date or be with a girl for now. We have plenty of reasons to believe that he’s currently single and not dating anyone.

Clix hasn’t revealed any information about his mum and dad online. We know that his dad obliged when Clix wanted to get himself a PC. That’s a bit unusual, considering most kids his age would have gone for a console. Dad did make him work for it, though. We know that he has an older brother. Unfortunately, there isn’t more info about him. Clix doesn’t have any kids of his own.

This young man’s successful career has seen him win more than $250,000 from playing Fortnite. He also makes money from his Twitch and Youtube. Our reports indicate that Clix’s net worth could be about $5 million, approximately.

How much does Clix earn per year?

UltraGear, Rockstar Energy Drink, The General Insurance, BUFF, Matrix Keyboards, Therabody, HotPockets, and Levis are the brands that work with Clix. He has managed to find all these sponsors thanks to his successful eSports career. We estimate he makes close to $1.5 million a year from them. 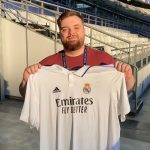