Yuzuki Yamamoto is a fresher to the big leagues. This young woman made her debut for the Women Empowerment League club Nippon TV Tokyo Verdy Beleza in September 2021. She gets to play as a forward for the Tokyo based team. If this woman’s last name rings a bell, then you do know something about high-end fashion. However, she isn’t related to Yohji Yamamoto in any way. Yuzuki’s surname is quite common in Japan, and she isn’t bothered about it much. Although this woman is a professional footballer, she pursues a full-time education from Hosei University. Just like her fellow citizens, she is ideally looking at excelling in both academics and sports.

A workaholic Japanese woman, Yuzuki’s time is well spent. She has no issues dating a man. However, this young girl faces the same predicament most Japanese youngsters do when it comes to dating. Yuzuki has made a conscious choice to dedicate herself to her craft, and that means just one thing. She has no time whatsoever to be in a relationship. It is, in fact, quite disheartening to learn about this aspect of her life, but she’s not the only one. Will Japan address this issue in due course? Things have already gotten out of hand.

Who is Yuzuki Yamamoto currently dating?

Yuzuki Yamamoto isn’t dating anyone as of now. As far as we know, she hasn’t dated anyone in the past, either. Yuzuki is also not married and doesn’t have any kids.

Yuzuki, who is fondly known as Yuzu, was born on September 1, 2002, in Gifu Prefecture, Japan. Details about her parents are unknown. As a child, she was influenced by Homare Sawa, who inspired her to play football. This young woman started playing football in kindergarten and grew to become the professional that she is today. Yuzuki Yamamoto attended a High School in her hometown and graduated in March 2021. In April of 2021, she joined the Tokyo based Hosei University. This year has been the most crucial one in Yuzuki’s life yet. As someone who has modelled her game after Mina Tanaka, Yuzu will be hoping to achieve a lot on the field, too.

Yuzuki Yamamoto has a lot of goals in life, and she’s motivated to do well. Having said that, we don’t think money is one of the reasons she plays the sport. This young woman likes to be on the field and enjoys her game as much as any other professional who plays it. She isn’t big on social media, and we’re inclined to think that she doesn’t need a lot to be happy. Yuzu wears Adidas, and they could be endorsing her, too. Based on what we know about her, we estimate Yuzuki’s net worth to be about $5,000.

How much does Yuzuki Yamamoto earn?

Nippon TV Tokyo Verdy Beleza is a forty-year-old club, and they’re one of the founding members of the WE League. They enjoy a cult status among female football fans for all the good work that they’ve done. This club also rewards its players based on merit. Yuzuki, a newcomer to the team, makes about $1,000 a month, or $12,000 a year, approximately. 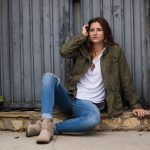 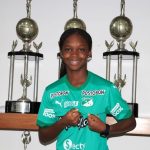