A versatile player, Julie Ertz, began her football career when she was introduced to the sport by the American Youth Soccer Organisation. She quickly joined Arizona Arsenal Soccer Club, and four years later, in 2004, Julie moved to Sereno Soccer Club. Players in America take an entirely different route to professional sports. This midfielder was no different. She joined college and got an opportunity to play for their team too. Julie Ertz played for the Santa Clara Broncos between 2010 and 2013. Julie signed with the Chicago Red stars in 2014 after she was selected by the Chicago based team as the third overall in the first round of the 2014 NWSL College Draft. She has remained with them since.

Who is Julie Ertz currently dating?

Julie Ertz has had just one relationship in her entire life. She met, fell in love, and married her college sweetheart. It was by chance that she ever met Zach. Julie, who hung out at a baseball game at Stanford, was just sitting there and minding her business when a young lad came over and sat next to her. They began talking, texting, and hanging out. This was in 2012. The couple liked each other and decided that they were going to do this thing.

Although their careers got in the way, Julie and Ertz knew that they wanted to be with each other. They got engaged and married soon after. Julie and Zach have remained close to each other despite being miles apart. We think that they can write a book on how to make long-distance work because these two have done it for so long. They’re surely an inspiration to all young couples out there.

Julie was born as Julie Beth Johnston on April 6, 1992, in Mesa, Arizona, the USA. Her parents are Kristi and David Johnston. Little is known about what they do for a living, though. Julie has a sister named Melanie, who is just a couple of years older than our player. Melanie used to be a football player in her youth too. Julie and her sister grew up in the Arizona area, and she attended the Dobson High School from 2006 to 2010. Ms Ertz then studied at Santa Clara University, where she majored in communications.

How much does Julie Ertz earn?

American female soccer players bring in a lot of revenue for their clubs and sponsors. However, they’re still some of the most underpaid women in sport. Whilst the situation in the US is somewhat hopeful, the sport needs to go a long way before it can be said that there’s some kind of equality that has been achieved. All rants aside, we know that Julie makes $400,000 a year from being a player for the Red Stars. That translates to a little over $33,000 a month. In addition to this, Julie also makes money from her sponsors, which include Reebok and Chipotle. She was previously signed with Nike, but that has since changed. We estimate this midfielder’s net worth to be about $5 million approximately. 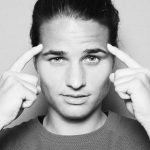 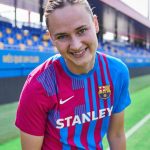