A sit-down comedian, Emily Sonnett, is a defender for the Washington Spirit in the National Women’s Soccer League. She signed with the Washington D.C., based club on December 24, 2020. Emily was playing for the Orlando Pride in 2020 when the pandemic struck. Unable to play for the Florida based team, she moved to
Kopparbergs/Göteborg FC for a short while before returning to the States. Orlando Pride had retained her NWSL rights and traded her to the Washington Spirit. Emily Sonnett’s career began with Portland Thorns FC in 2016 when she was selected by the Oregon based team as the first overall pick in the 2016 edition of the NWSL College Draft. Debuting for them in April 2016, Emily spent the 2017-18 season on loan with Sydney FC. She returned to the Thorns at the end of the season and remained with them until January 2020.

There were multiple rumours going on about Emily’s sexual orientation among fans. A few of them speculated that she was a lesbian. However, those rumours have now been cleared. Emily is a straight girl who has been in a relationship in the past. However, this footballer has decided not to talk about her personal life in public. That’s why we couldn’t find any information about her past love life.

Who is Emily Sonnett currently dating?

As of writing, Emily Sonnett isn’t dating anyone. This lady is quite the character, and if you fancy someone like her in your life, do go ahead and shoot her a message or something. Just don’t tell her that we told you to. We’re not entirely certain that she’d be chuffed about it.

Emily Ann Sonnett was born to Jane and Bill Sonnett on November 25, 1993, in Marietta, Georgia, the United States. She graduated from the Fellowship Christian School in Roswell before going on to the University of Virginia. Emily and her twin Emma began playing football together and signed with the North Atlanta Soccer Association (NASA) in 2003. She was a part of the NASA 12 Elite II until 2013. Emily represented the Virginia Cavaliers during her college football career. She remained with them until 2015, however, she left them a semester early to go pro.

Ms Sonnett is an Adidas athlete. This defender has also worked with brands such as Listerine, Aveeno, Band-Aid, Neosporin, Secret deodorant, and Benadryl. Emily reaches out for brands she believes in on social media. With 200k followers on Insta that are interested in her, she does a good job of promoting stuff to them. Combined with the earnings from her football career, we think Emily is worth about $1 Million approximately.

How much does Emily Sonnett earn?

This defender is a vital member of her team, and she does a stellar job at keeping the opposition at bay. Capable of playing as a centre back or a wing-back, Emily can also be slotted in midfield as a pivot. Her contract with the Spirit makes her about $200,000 a year or $16,666 a month. 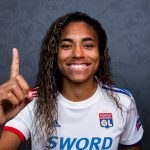 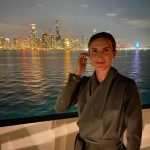