The captain of the US Women’s National Soccer Team, Alex Morgan, began her career as a youth player with the AYSO. She was a versatile athlete who decided to focus on football when she was fourteen by joining Cypress Elite. Alex even got to play for the Olympic Development Program’s teams before she finished high school. This striker then went on to represent the California Golden Bears whilst in college. Picked by the Western New York Flash as the first overall pick in the 2011 WPS Draft, she made her club debut for them against the Atlanta Beat on May 1, 2011. Ms Morgan has since played for the Seattle Sounders Women, Portland Thorns FC, Orlando Pride, Olympique Lyonnais, and Tottenham Hotspur FC Women. She plays for the Florida based Orlando Pride currently.

Servando Carrasco and Alex Morgan met at UC-Berkeley when they were both playing soccer and began dating soon after. This was sometime between 2007 and 2010. By 2013, they had decided to take their partnership to the next stage. Ms Morgan announced the couple’s engagement on her Instagram page on December 10, 2013, with a photo of the couple – and the ring. They were married on New Year’s Eve, 2014. Alex and Servando welcomed their first child, a girl named Charlie Elena Carrasco, on May 7, 2020.

Who is Alex Morgan currently dating?

Alex Morgan is happily married to Servando Carrasco. She does go out on dates with her footballer husband every now and then. So, technically, she is dating her husband. That’s something that we adore because this couple, despite their busy schedules, still enjoys each other’s company.

This famous footballer was born Alexandra Patricia Morgan on July 2, 1989, in San Dimas, California, the USA. Her mum’s name is Pamela Morgan, whilst Michael Morgan is her dad. Alex grew up with her two older sisters, Jeni and Jeri, in Diamond Bar. Her dad, Michael, owned a construction business whilst her mum used to be employed too. Ms Morgan graduated from the Diamond Bar High School in her hometown before attending the University of California, Berkley, between 2007 and 2010. Alex Morgan is extremely proud of the fact that she’s from Diamond Bar and wouldn’t change it for the world.

Ms Morgan also enjoys sponsorship deals with Nike, McDonald’s, P&G, Mondelez International, Panasonic, AT&T, Chobani, and Coca-Cola. She has also enjoyed partnerships with several other companies. Based on all the information we have, Alex Morgan is estimated to be worth about $5 million, at least.

How much does Alex Morgan earn?

Alex Morgan is a footballer who had to fight for equal pay in the game. She, along with several other members of the USWNT, took a stand against the disparity in the wage structure and won successfully. This Nike athlete makes an estimated $500,000 a year from football. It comes to around $41,667 a month. 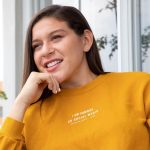 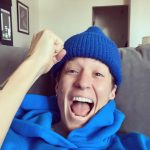