Erin Popovich was the late wife of Gregg Popovich, a five-time NBA champion, three-time NBA Coach of the Year, and four-time NBA All-Star Game head coach. She was a driving factor behind her husband’s success in basketball, serving as the link that helped him land the post of the head coach and standing behind him to admonish him for being too confrontational in interviews.

Biography of a departed WAG

Erin Popovich (née Conboy) was born on January 5, 1951. Jim Conboy, an Air Force Academy athletic trainer, was her father. Her father served as the academy’s head trainer for 43 years, providing guidance and wisdom to all cadets. But it was basketball and football players that drew his attention. Her father was a true athlete, winning the gold medal in the modern pentathlon world championships in 1979. Erin Popovich was a Colorado State University graduate. Little is known about her mother or her siblings, though.

Erin grew up in an Air Force family. Her schooling was rigorous, and her father was always there for her. Erin was close friends with Betsy Gwin, the daughter of Robert McDermott, an Air Force brigadier general, at the time since they were in second grade. Betsy and her father would later play an important role in her life.

How and when did Erin meet Gregg Popovich?

Gregg Popovich, sometimes known as Pop, was a student at the Air Force Academy in Colorado Springs at the time. General Robert F. McDermott, his dean, had a daughter, Betsy, who most likely organized Gregg’s meeting with Erin, a friend of hers. Their meeting happened in the 60s and that’s when their love story began too. However, Erin and Gregg Popovich didn’t get serious until the 1970s.

This couple walked down the aisle in El Paso, Texas, in 1976. They lived a wonderful life, and their marriage was one of the sweetest ever. “Till death do us apart” was their motto, and this couple lived it up.

How many kids did Erin have with Gregg?

Erin and her husband have two grown children, Micky and Jill Popovich. Micky, her older son, was born in 1977, while Jill, the younger of the two, was born in 1979. Jill has been a strong supporter of her father throughout his career, particularly in 2013, when he was depressed following his loss in the NBA Finals. Interestingly, neither of their children has followed in their father’s footsteps, as they are both very private people. While Micky is said to be a Seattle-area elementary school teacher, little is known about his sister. The lady also had two grandkids when she died.

Erin Popovich – Who was she as a person?

Ms Erin was a full-time housewife and mother who was active in the San Antonio Food Bank’s activities, donating generously. Gregg and Erin have also made contributions to the Innocence Project. Her devotion for charity was remembered after she died, with memorial donations to the ThriveWell Cancer Foundation of San Antonio and the CHEST Foundation made in her name.

Erin Popovich fought severe illness for years, but the nature of the sickness was never revealed to the public. Only a few people in the family’s inner circle were aware of her deteriorating health. It was something the Popovichs had resolved to keep quiet. Her family felt she was getting better a few months before her untimely death. Erin Popovich died on April 10th, 2018. The Spurs had a game the night after she died. In a typical way, her spouse kept quiet about the incident. As a result, there was no standing ovation or acknowledgement of her death.

The backbone of the Popovich family is no longer with them. Time may have passed, but we know that replacing Erin isn’t something that they’d be doing. She was remarkable in more than one way. We wish Gregg and his family all the strength in the world to overcome their loss. 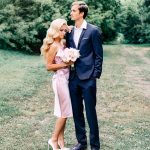 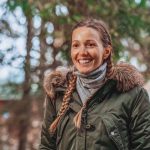