Mauro Icardi has a stunner for a wife and agent! Read on to know everything about her. Wanda Nara has to be one the most interesting football wives, having dated her fair share of footballers. Read on to some intriguing facts about Inter Milan star Mauro Icardi’s wife and agent.

Wanda Icardi is a media personality and a football agent, among many other things. The 5’5” model was born on December 9, 1986, in Buenos Aires, Argentina. She finished her entire education in the city itself before going global with her proficiencies. She rose to fame through modeling and theatre, as she was signed by various production companies and spent much of her professional life as a showgirl. The model then appeared in various prominent Argentine game shows and other television programs that garnered her vast fame and fortune. Although, soon after, she switched to being on talk shows.

In her early days as a budding celebrity, Wanda appeared in various television programs, which gave her fame a much-needed boost. Her first stage appearance was through “Humor en Custodia,” in which she was a vedette during the 2006 summer theatre seasons. Her second vedette role came through “King Corona.” This feature paved the way for other opportunities, such as appearance in an episode of “Casados Con Hijos.” Moreover, the stunner was also active in television contests, such as “Patinando Por Un Sueno,” which was a segment of a much bigger project. Such undertakings contributed immensely in shaping the career of the TV presenter before she took up the role of a legal representative of Icardi. But more on that later.

Wanda Nara comes from an affluent family. The 34-year old’s father, Andres Nara, and step-father Roberto Blanco are both businessmen. She also happens to have a younger sister named Zaira Nara, who, just like her older sibling, is a model and TV presenter. Though she mostly works from her home country Argentina, while Wanda has gone international with her talents and business skills.

When Wanda crossed paths with Icardi

Wanda and Icardi met through the former ex-husband of the model and an ex-teammate of Icardi, Maxi Lopez. Yeah, we know, it’s like a spider’s web, but bear with us. The model was entranced by the charms of the Argentine player and was briefly involved with him while being married to Lopez. When their liaison became public, the couple got separated, and Wanda publicly acknowledged her amour with Icardi, which caused much uproar amongst football fans.

Wanda breaks it off with Maxi Lopez

When Maxi came to know about the entanglement of his wife with Icardi, he filed for divorce and won the case by a landslide. Although, the whole affair was a little more intricate than that

After briefly entertaining a romantic relationship, the two tied knots in 2014, preceding this event, Lopez and Icardo had a face-off wherein the former refused to shake the hands of the latter for his affair with Wanda during a Serie A football match. The wife of the PSG star now has 5 children, three of which she had with Maxi, while two with Icardi. The family of four now lives in Paris, as the striker plays for Paris Saint Germain.

Apart from becoming his wife, Wanda opted for an additional role of being the football agent of Icardi when the latter sacked his ex-agent. This revolutionized the couple’s marital dynamics, as the stunning TV personality became both a wife and a legal representative of the PSG striker. This 2016 occurrence was of much significance as now, the model does take not only personal decisions for the striker but also professional ones.

Where is Wanda now?

As of now, Wanda has been much active as the football agent of Mauro and has been dormant as a model. Though her comeback is seemingly much-awaited, it would be a while before the star distances herself from the sport. She has been residing in Paris and relishes clicking pictures in the city of love, which is evident from her beautiful Instagram feed. Though, you couldn’t guess from her social media just how much this woman attracts public attention, for the better and the worse. 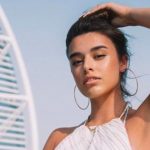 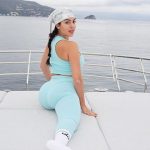