It is a privilege to date a model, and Carles Puyol has it. He is an influential sportsman, but there is much to his life other than sports. He has been in a relationship with a high-profile model for several years. This couple is a match made in heaven because they are very compatible. However, people don’t know a lot about his gorgeous model girlfriend. This article will tell you all about the beautiful Spanish model Vanesa Lorenzo. Vanesa is an insanely beautiful woman with a successful career and family. Unfortunately, people don’t know about her because she is very private about her life. So get ready to meet this beautiful model wife of Charles Puyol.

She Is The Shy, Beautiful Princess From Fairytales

The birthdate of Vanesa Lorenzo is 7 January 1977, meaning she is more than 40 years old. However, she does not look close to her age because she naturally looks young. Her zodiac sign is Capricorn indicating that she is quiet and ambitious. She is cautious about her career and determined to rise in the industry no matter the circumstance. Vanesa has beautiful blonde hair that reaches her shoulders in soft waves. Her blond dresses compliment her mesmerizing eyes and light skin tone. She also has a very slim figure, due to which she looks young. Thanks to her hard work towards her health, she is still a model in her forties.

She Earned A Degree In Fashion Design

Vanesa is a highly educated woman with a degree in fashion design. She had an immense love for fashion during childhood, due to which she never felt confused about her career choice. Chief minister secondary education in Spain and left for Italy to study fashion design at the Instituto Europeo di Design. In Italy, she built good connections to advance her modeling career and gained a thorough knowledge of fashion designing. As you can see, her efforts have paid off because she is a highly paid model even in her forties.

Becoming a model was in her destiny because Vanesa began her career at age 10. She modeled for several brands during her childhood and became popular in the industry during her teens. At 17, Vanesa left Spain and went to Paris to advance her modeling career. In no time, she was shooting for Pepe Jeans in London, after which high fashion brands began approaching her. Her adaptability to any environment and universally appreciated physical features allowed her to thrive in the competitive fashion industry.

She Has Several Big Names Under Her Belt

Vanesa can pull off any look, from sexy to innocent. No matter where she went, Vanesa returned to Spain to meet her family. Over the years, Vanesa worked for several expensive brands like Ralph Lauren, Escada, Pepe Jeans, L’oreal, Giorgio Armani, Pantene, Victoria’s Secret, Christian Dior, Yves Saint Laurent, etc. Her modeling portfolio is impressive and an envy of many aspiring models. She has appeared on the covers of magazines like Cosmopolitan, Neo, Self Vogue, Amica, Woman, Elle, Lucky, and many more. Vanesa also starred in famous movies like Entreacte (1989), Fireworks (1997), and El topo y el hada (1998).

Because she is such a successful woman, her net worth is $2 million. She has worked hard for her career and built a wonderful life. Her dedication to her life is an inspiration for many people worldwide. It is not easy to thrive in an industry like fashion because it is very competitive.

She Raises Her Voice At The Right Time

Vanesa has an Instagram account where she posts several pictures of herself. Other than Instagram, you can also see her in some interviews on YouTube. She is aware and vocal about current issues and believes people should join hands together to solve them. Vanesa is a lot more than a pretty face on the cover of a fashion magazine.

They have two beautiful daughters, Manuela and Maria. Vanesa spends a lot of time with her daughters and pets. She has a lot of love to offer to the world. Vanesa is not going out of the modeling business anytime soon, and her popularity will only rise with time. Their relationship is drama-free and picture-perfect in all aspects. 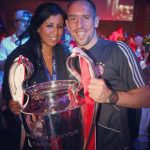 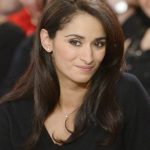