Aloysius Paulus Maria “Louis” van Gaal is the Dutch football manager. The current head coach of the Netherlands national team was also a former player who won various games and awards during his tenure. Nicknamed the Iron Tulip, he is one of the most reputed managers in the football world. Known for his skills and talents, Louis is also an avid lover and a great husband. Married to Truus van Gaal for around 14 years, Louis leads a happy life with his lady love.

A warm and beautiful lady, Truus has been with Louis through life’s ups and downs. So, let us meet the loving wife of Louis, Truus van Gaal here.

Truus Is Quite Simple

Truus is among the WAGs who are quite simple and caring. She believes in simple living and loves her family a lot. The 68-year-old beauty is always seen beside Louis on various occasions. Even after being married to one of the greatest personalities in the sports world, Truus has not changed her way of living with simplicity. Even after being in the news due to her marriage to Louis, she never left her friendly nature.

Truus Is The Second Wife Of Louis

Louis is the youngest of 9 brothers and sisters in the family. He met Fernanda Obbes at a Catholic youth group at 18. After dating for 3 years, he married Obbes and had two beautiful daughters, Brenda and Renate. Later in 1994, Obbes left this world due to the liver and pancreatic cancer.

In the year 2008, Louis and Truus met each other. It was at the 1994 World Cup in Orlando, Florida. Soon after, they started dating and got married. Since then, the two have been together for around 14 years. The two are usually spotted out in the public or in restaurants and they look nothing but just perfect together.

Truus Has Most Stunning Looks At This Age

Age is just a number, and Truus proved this is a true statement. Even after being 68 years old, Truus is extremely charming. The brown hair and hazel eyes add to her overall look in the most stunning manner. Her stunning smile adds to her style perfectly. She stays simple and usually adorns decent style, always making her look stunning.

Truus Is A Bold Lady

Louis was diagnosed with cancer which was disclosed in April 2002. Though this came as a piece of shocking news to everyone, Truus has been seen beside him always. Undergoing the treatment for prostate cancer is serious, but having a bold ladylike Truus beside can help a lot. Though there are some rumors about Truus having some health issues, it’s not yet confirmed.

Truus is not active on social media platforms like Facebook or Instagram. She barely shares any information about her personal life with her fans and usually keeps her details quite private. She is one of those WAGs who believe in cherishing the moments. One can find her on Twitter, but overall, the activity is also quite low. She spends most of her time with the family and taking care of her husband.

Truus Is An Decorated Lady

Caring, loving, and compassionate care are all the right terms for Truus. But not only that, Truus is a decorated WAG. According to Fabwags, she obtained the royal decoration and knighthood in the order of Orange Nassau in 2014.

Truus and Louis are truly one of the most charming couples to look forward to. She is undoubtedly facing a hard time today due to her spouse’s health, yet a bold lady by nature, she is ready to fight all the odds.

Though not much about the plans of this beautiful couple is known, we hope to see more of these two together. Truus and Louis proved that there is no limit to love and no age when it comes to living a beautiful life. 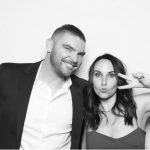 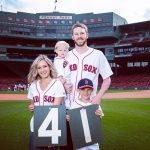