What happens when a man with a penchant for Olympic athletes meets an available one who is pleasing his to his eye? Well, they begin dating. Tiffany Cromwell is the athlete, and Valtteri Viktor Bottas is that man. Read this post to find out more about the life of this sports couple.

Biography of an Australian Olympian

Tiffany Jane Cromwell was born on July 6, 1988, in Stirling, South Australia. Tiffany Cromwell’s father is Michael Cromwell, and her mum is Barbara Cromwell. There’s no information about her siblings out in the open. Tiffany completed her education at St John’s Grammar School, Adelaide, South Australia, before studying Fashion Design. This professional cyclist is an avid designer who spends time trying to create wonderful designs when she’s not busy competing.

Tiffany began her cycling career in 2002 after being recognised as a prospect by the South Australian Sports Institute’s talent identification program. Ms Cromwell had previously dabbled in ballet, jogging, triathlons, and basketball, the latter of which she had a family connection. Although Tiffany Cromwell first despised cycling since she was little and one of the worst in her group on the track, she quickly developed her love for the sport after placing third in her first road race at the state championships.

Things progressed rather quickly, and after racing with the Colavita–Sutter Home team as an amateur between 2007 and 2009, Tiffany Cromwell got to represent the Lotto Ladies Team as a professional. She ended her relationship with them after some issues and signed with Hitec Products UCK instead. Tiffany Cromwell remained with them until the end of the 2011 season, following which she signed with the GreenEDGE–AIS team. Tiffany joined the Specialized–lululemon team for the 2014-15 season, and in 2016, she signed for the Canyon–SRAM team and has remained with them since. Over the years, this woman has won numerous races and has been a top athlete in her sport of choice.

Tiffany Cromwell and Valtteri Bottas – How and when did they meet?

The F1 driver, who was married to a woman named Emilia (another Olympic athlete), decided to part ways with her in November 2019. He confirmed his relationship with the Australian cyclist on Valentine’s Day in 2020. Tiffany acknowledged the relationship, and the two have been dating ever since. Although Valtteri received a lot of hate from the online community, he clearly stuck with Tiffany. The man knew that she was the one the minute he started dating her.

Is Valtteri Bottas married to Tiffany Cromwell? What about kids?

We know you lot are excited to see them get hitched, but the two of them are taking it slow. It has just been a little over a year since they started dating. Marriage could be on the cards for the future, but for now, they’re just dating. This racing couple doesn’t have any kids together either.

Ms Cromwell was named to the Australian road cycling team for the postponed Tokyo Olympics on May 19, 2021. Making her Olympic debut, Tiffany finished 26th, about three minutes seconds behind race winner Anna Kiesenhofer of Austria, on a difficult and humid road course. Tiffany enjoys designing as well as riding bicycles. She works on freelance design projects ranging from cycling kits to Formula One helmets, as well as Tiffany Jane-branded collaborations with prominent businesses. We think you should keep your eyes open to see what’s coming next from Tiffany Cromwell. 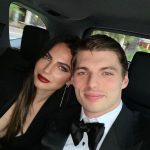 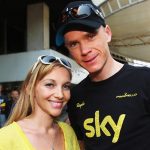