Do you want to know more about the girl who had the potential to be the sweetest WAG in the history of the NBA but didn’t make it because of a boyfriend who broke up? Well, we know you do. So read along to understand more about Tiana White, the ex-girlfriend of power forward Zion Williamson.

Biography of a college sweetheart

How and when did Zion and Tiana start dating?

Tiana attended the same school as Zion. He was her senior in high school. The basketball player invited her to prom in June 2019, and that was when the world caught the attention of who Tiana was. However, the sweet-looking girl has been involved with the player for over a year and a half before that. We know this because she appeared on Instagram Live in January 2018 along with Zion.

Why did Zion break up with Tiana?

As soon as Zion graduated from high school, he accepted an offer from Duke. After a year there, he joined the NBA. The distance was the first and foremost reason for him breaking up with Tiana. Also, since he got to the big leagues, Zion has become an entirely different beast. As a star, he wasn’t going to date a sweet-looking girl, was he? They always go after women who are anything but.

Is Tiana dating anyone now? How has she handled the split?

Ms White has been as graceful as ever since her boyfriend broke up with her. She has gone incognito on social media, though. The young woman is focusing on her career for now. It would be juvenile to think that she has moved on to a new relationship already.

Who is Tiana White as a person?

Since we’ve already established that this girl is honey, we’re going to move on and describe who this girl is in detail. Tiana is an amazing girl who is dignified and compassionate. She’s a mentally strong person and has nurturing qualities. A romantic girl, she wouldn’t think twice about sacrificing something important to her for the sake of a loved one.

This girl’s motivation to learn is unlike any other person we know. Tiana is clever, wise, and has a stable temperament. She’s warm-hearted, generous, and is more than happy to help her friends. This girl doesn’t take betrayal lightly, though. She tends to be a bit stubborn at times and can be overbearing on her peers. However, Tiana is a resourceful and intelligent girl with a strong sense of honour and integrity.

Tiana White – What does the future hold for this young woman?

This girl is on the right path to success. Although she has never lived outside of South Carolina, she is more than capable of adapting to a new city. Tiana, who is due to graduate in 2023, will be looking for a suitable job opportunity anytime soon. The girl knows that she does not have enough experience under her belt to become an entrepreneur anytime in the near future. We wish her all the best in her endeavours. 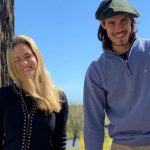 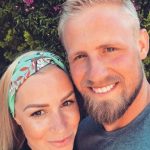