Grant Hill may have retired from basketball a while back, but his wife Tamia Hill is very relevant to this day. Read our article to find out more about this accomplished performer from Canada.

Biography of a Black Canadian singer

Tamia Marilyn Washington Hill was born on May 9, 1975, in Windsor, Ontario, Canada. Her dad’s white, whilst her mum, Barbara Washington-Peden, is black. Tamia grew up with her mum and three younger brothers in Canada and graduated high school in Walkerville before going on to attend the Walkerville Collegiate Institute in Windsor.

Tamia Hill’s early life – How it all began!

Tamia’s mum, a devout churchgoer, introduced our star to her way of life. A six-year-old Tamia took up singing in the church. By the time she was twelve, Tamia had become very good at what she was doing as a hobby. The young girl began taking up music lessons with a Windsor based musician named Eugene Davis. She honed her skills diligently and, in 1993, won Canada’s YTV Vocal Achievement Award.

Tamia didn’t stop what she was doing after tasting success. The young lady moved to Los Angeles in 1994 and started working with Lionel Richie’s wife. Spotted by Quincy Jones during one of her performances, Tamia was asked to appear in Q’s Jook Joint by the legendary producer. Although the album wasn’t a hit commercially, the young lady received praise for her work from fans and critics alike. She received three Grammy nominations for her work with Quincy. It wasn’t long before she released her debut studio album titled Tamia. Everything else that she did from then on has only gone on to prove that this woman wasn’t a fluke.

Tamia and Grant Hill – How did they meet?

We sometimes forget celebrities are normal people too. They do all the things we do, go through all the emotions like us, and sometimes struggle with life, just like we do. When we do come to know about it, we relate to them and finally come to the understanding that their lives are not too different from ours. Tamia, an accomplished singer, was having a hard time meeting a good potential mate. Grant had the same difficulties in life. Thanks to singer Anita Baker, Tamia was sent on a blind date with Grant in 1996. The player was in Detroit at the time, and the two seemed to like each other after their initial meeting in the city. They began dating after figuring out that they were really into each other.

Tamia’s marriage to Grant Hill and their family life

Three years after Tamia and Grant met for the first time, this couple had seen enough. Grant had already asked her to marry him, and they wedded on July 24, 1999, in Battle Creek, Michigan. Grant’s cousin presided over the ceremony, and about 250 guests were in attendance. Tamia and Grant Hill welcomed their first child, a girl named Myla Grace, in January 2002. This couple waited for five years before having their second baby, another girl child called Lael Rose.

Tamia Hill is a survivor

Tamia had built a beautiful family with Grant Hill and their beautiful baby Myla. But life has its own way of dealing with people. Tragedy struck this beautiful family when Tamia was diagnosed with multiple sclerosis in 2003. This devastating condition turned her world upside down. She took time off from her chores and began to work on her health. With the help of some of the best doctors in the world, Tamia managed to bring the disease under control. She fought the scary condition successfully and managed to get her life back to normal. The only thing that would have stopped her would have been her mind. Tamia didn’t allow it. She was and still is a fighter and a survivor. 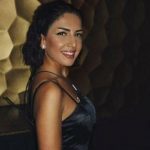 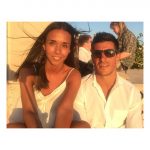