A midwife by profession, Stine Gyldenbrand became famous after she married the Danish footballer Kasper Schmeichel. Her place of birth and nationality are unknown but debated between Americans and Danish. Most sources mention that Stine was born somewhere in the United States of America. Her age and family background are also unknown, just like most of her details.

Stine did her midwifery course at the University of Chester in 2009. She was working as a midwife at a hospital near Birmingham after graduation. In 2016, the same educational institution mentioned her in one of their posts, congratulating her and her husband for becoming a premier league champion. In 2012, she started the Gyldenbrand Schmeichel Foundation, an effort towards helping the maternal mortality problem in Africa with her husband.

She is also the co-founder of the organization, FodBoldDongen. They arrange various events to build funds for the underprivileged and disadvantaged children regularly. Their Instagram page currently has more than 3000 followers, and it keeps on growing.

Her Love Story Had a Humble Beginning

Stine Gyldenbrand and Kasper Schmeichel dated for 11 years before finally tying the holy knot in 2015. Their love story is a result of being at the right place at the right time, and that place happened to be a seven-eleven located in Norreport Station, and Kasper was only 17 years old back then. It was the day Stine became a student, and they started talking while buying groceries.

They hit it off as friends, began dating soon after, and have remained each other’s soulmates ever since. They supported each other through tough times. The footballer even appreciated his wife for giving him much freedom during football seasons. He still mentions her occasionally on his Instagram, usually while talking about her foundation.

The relationship between this couple is unique in the best way. They allow each other to have space and liberty to do whatever they want. Their drama-free connection is proof of excellent communication and respect for boundaries. Today, Stine has two children with her husband – Max and Isabella Schmeichel. Max was born in 2010, and he has an immense love for football like his father. He is often spotted taking football classes with his father and grandfather. Isabella was born two years later, in 2012. Both were born before the couple married in June 2015 at Egebaeksvang Church. They were already engaged when Kasper was in his late twenties, although the exact date is unknown.

She’s an Example of a Strong, Independent Woman

Evident from her private Instagram account, Stine does not like unnecessary attention from her. She is a reserved person who only concerns herself with her work and family. She values productivity and believes in extending help to other people. Her organizations are a step towards bringing equality into the world by uplifting the less fortunate.

She has a headstrong and caring personality, which allows her to manage her professional and personal life. She also believes that everyone is responsible for their happiness. Stine carries herself in a professional, calm manner and strives to be a good role model for her children. It is crucial to her that her kids grow up watching their parents help others in need.

She is Not Just an Ordinary Trophy Wife

The blonde beauty mentioned her discomfort over some stereotypes in an interview. Stine does not like the term WAGS, which is an abbreviation for wives and girlfriends of footballers. According to her, it misrepresents them. Stine has abstained from living the glamourous lifestyle as a football player’s wife. One must make a conscious choice to do things that make them stand out of their partner’s shadow. The media portrays a wrong image of many football families as the public only sees them on the red carpet. Stine is a lot more than just the wife of Kasper. Like other Danes, she is educated and has her own life and values. She is the one who has to be more flexible with her work and daily life. It is because she and her husband’s job both demand much moving around. However, the family does not have any AU Pairs as their extended families support them too.

In a few words, Stine is an inspirational individual who serves as an excellent role model. She is kind, intelligent, down-to-earth, and amazing. 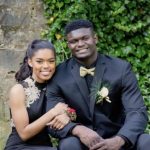 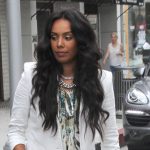