Clarence Seedorf has been showing up in the news for a long time due to his excellent performance in football management. He is no stranger to media attention; it is all due to his hard work and skills. Recently, he came up in the news again due to his association with a beautiful woman. It turns out that she was his lover. Her name is Sophia Makramati. This news comes after his split from his ex-partner, named Luviana Seedorf. He shares four children with his ex-partner and moves forward with his new lover. They have posted each other’s pictures on social media.

Football fans love this couple and want to know more about them. This article will tell you all about the gorgeous partner of Clarence Seedorf.

She Has Dated Clarence From 2019

Sophia and Clarence have been together since 2019. They immediately fell in love after meeting each other. However, there is no news of marriage or engagement between them. Surprisingly, the couple has referred to each other as husband and wife several times. The football manager often keeps quiet about his family and love life.

Makramati is an Iranian woman born in Canada in the 1970s. Her birthday falls on 28th October.

Sophia maintains her close family ties with her mother and siblings. She works as an entrepreneur and philanthropist that wants to make the world better. She is the brand ambassador of a jewelry company. Makramati is also the goodwill ambassador for the Hothur foundation. She works to empower women victimized by crimes in their homes and in society. The organization also provides meals to vulnerable people and financial help to health care employees.

Her work in philanthropy has brought her into the spotlight several times. She also gets to travel the world and attend conferences about the betterment of other people.

She Is A Loving Mom

Sophia has two sons, Nima and Diako. She has posted a few pictures of them on Instagram. Surprisingly, they both have a passion for football. She had them with a man from her previous marriage. However, she has not revealed his identity.

She understands the challenges of motherhood and tackles them with bravery. She is a busy woman with barely enough time to spend with her family. However, Sophia takes time out to spend with her children and husband.

She Is A Wealthy Woman

Sophia has accumulated a lot of wealth as an entrepreneur and ambassador. She earns a decent amount from her business travels that allow her to tour the world. She has enough money to fly to different countries frequently; she lives a lavish lifestyle; sources suggest that her net worth should be around $5 million.

Besides, her husband is a wealthy football manager. She could live on his wealth alone. Sofia likes to work hard and earn her keep. She did not leave her employment status after meeting the football manager. Regardless, it was the perfect decision to date him because she has a lot of freedom and money. Sophia also receives a lot of love from her husband and family.

She Is A Social Media Enthusiast

Sophia understands the importance of social media as a philanthropist and brand ambassador. She tries to maintain a positive public image through her Instagram account. Fans can see her expressing gratitude toward different people on social media. Sophia does not directly interact with her friends on Instagram. However, she posts a few stories now and then to update them about her life. Sophia also has a keen style and fashion. She is the owner of several expensive clothes. Makramati also likes to keep her hair long and straight. She has a website where she adds the most significant updates.

Sophia has an open and honest attitude about everything in life. She maintains a positive mindset to succeed. She understands the importance of working hard, even when you have everything in life. Makramati is the perfect partner for Clarence due to her outgoing and loving personality. She is always willing to give something to society. It is a trait Clarence likes most about her. Hopefully, they can make it work in the long term. 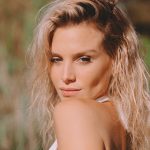 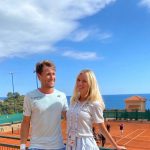