Everybody knows about James Rodriguez, the renowned footballer. He plays well and has a huge fanbase. However, part of his popularity is due to his celebrity WAG – Shannon de Lima.

Her Dating History Is Extensive

Shannon has had more than three love affairs in her life and is presently the girlfriend of the famous James Rodriguez. Shannon De Lima is a well-known and well-liked model from Venezuela. She is also the ex-wife of Marc Anthony, a famous American singer. Years later, Lima began dating the celebrity footballer, and that was better than her previous relationships. Surrogacy resulted in the birth of a baby boy for her and James. She’s been on the receiving end of a lot of criticism in the past.

She Is An Experienced, High-Profile Model

The Venezuelan model is one of the most beautiful women who has ever lived on the planet. Her professional career is as a well-known model. Shannon de Lima was born on January 6, 1988, in Venezuela, a country in South America’s northern Coastal area. Her zodiac sign is Capricorn, and she is 33 years old. She prefers to live abroad, in Miami as her second home.

She has always enjoyed modeling and fashion, but her career took flight in 2005 when she was named a finalist in the Sambil Model and Miss Earth Venezuela contests. Since then, she has appeared on the covers of various magazines in her home nation. She would appear in several advertisements for clothing, fragrances, jeans, and cosmetics over time.

She Has Been In The Beauty Industry Since Many Years

Lima has a height of 5 feet and 9 inches and weighs about 55 kg. Shannon de Lima’s most notable accomplishment is that in 2005, she came close to winning Miss Earth Venezuela and made international headlines. She is most known globally for being the first runner-up in the 2005 Miss Earth Venezuela competition.

Shannon’s love of fashion led her to pursue careers as a fashion blogger and designer. In the world of fashion and modeling, the Venezuelan model is a success story. The gifted model spent most of her 20s modeling or in minor appearances on Venezuelan television shows.

Shannon de Lima is notable for being courted by famous men. Her ex-lovers include an actor, a singer, a boxer, a politician, and a footballer.
James Rodriguez and Shannon de Lima’s love story looks like a soap opera, complete with romance, passion, and a lot of mystery and whispers. Since they began dating, the couple has kept their relationship private, only publicly expressing their love on occasion, which has resulted in some false reports. Meanwhile, they’re still as in love as they were on the first day.

The couple made their romance official after a year and a half of speculations. Shannon appeared with the soccer player when he was at Bayern Munich and won the German Cup final in May 2019. To a German news outlet, the striker revealed his relationship with Shannon. Their love has been going strong since then.

Shannon De Lima’s Instagram account has 2.4 million followers, which is worth noticing. Another interesting detail about Shannon is that many of her fans know her as a makeup guru since she developed her independent line of beauty goods, which she utilizes to promote herself alongside other influencers on social media.

She Has An Affectionate Personality

Shannon and James get along effectively, and she has a good rapport with other footballers who are friends with the Colombian or with whom they share the field. Shannon and James spend time with their friends and family having fun and playing games. Their social media demonstrates their lovely relationship, and they both know how to have a good time.

The best part about Shannon is her humble attitude and cordial relationship with her ex-lovers. She knows that love can get complicated but always keeps any negative emotions out of it. Her calm demeanor and dedication towards her career are notable. 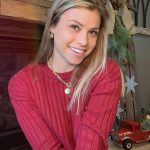 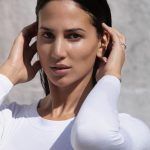