Most people would love to have a model or an actress as their partner, but only a few get that lucky in life. Eric Cantona is among these fortunate people. The wife of Eric Cantona is Rachida Brakni, a renowned French actress of Algerian descent. There is much to her life than her acting career, and this article will tell you everything about her.

She Met Eric When He Was Still Married

Eric met Rachida when he was with his ex-wife Isabelle. According to him, the moment he met Rachida was life-changing. It was an attraction at first sight for both of them, and soon they began dating and fell in love instantly. They both were compatible with each other, thanks to their similar personalities and interests. Rachida and Eric are both high profile individuals in their careers with many fans and independent identities. Due to their independent nature and fierce attitude, they brought out the best traits in each other. They live a fast lifestyle full of adventure, ambition, and love. Eric married the beautiful Rachida in 2007, and they have a picture-perfect relationship.

She Has Several Awards Under Her Belt

Everyone knows that Rachida Brakni is a famous actress in France and has won a few awards for her performances. She got her big break when she acted in the film Chaos in 2002 and won the César Award for Most Promising Actress, thanks to her stellar performance. She became a part of the Comédie Française in 2001 and bagged the Molière Award for her performance in Ruy Blas. Rachida has also appeared in The Overeater (L’Outremangeur), A Man and His Dog, Neuilly sa mère!, Let Them Come. She is so talented that she directed her husband in a play.

She Is A Massive Introvert

Thanks to her acting career, her net worth is $1 to $5 Million. She has also garnered a lot of followers on social media even though she does not post regularly and keeps her posts to a minimum. Her popularity on Instagram is proof that she is famous in her home country. Because he is a high-profile celebrity, she does not interact with her fans. Mostly, she is busy with new projects and other work.

Other work includes raising her children – Emir and Selma Cantona. She is a hands-on mother to her children, her top priority in life. Despite having a busy acting career and a packed schedule, she does not let her professional life get in between her family. Her love and dedication towards our family are among the most admirable qualities.

She Is A Natural Beauty, Inside-out

Rachida is a fashion enthusiast and a fitness freak, even though she does not flaunt it on Instagram. She maintains a healthy diet and exercises regularly to stay fit. Even after having two kids, she has maintained a petite figure and a young-looking face. Everyone can agree that Rachida is never going out of the acting industry. She is an icon in France, and people can not get enough of her.

Rachida is an introvert, due to which he does not open up to the public no matter the circumstances. She does not like to display her life on social media. Because she is a famous actress in France, she has to ensure that privacy remains safeguarded at all times. Eric is a lot more outgoing than his wife. Unfortunately, fans will never get to see the intimate moments of her life. Unlike other celebrities, Rachida does not like to seek attention.

Rachida is also sensitive to social causes, and she is not afraid to voice her opinion on social media. She always stays firm on her choices and does not tolerate injustice to anyone. Her social awareness and compassion for other people make her more beautiful.

Eric is the luckiest man on the planet because he has a successful career and a beautiful wife. One cannot have life more satisfying than Eric and Rachida. Thanks to his wife, he is pursuing a career in the film industry. One needs to have divine luck to have a partner that supports them through every phase of life. Rachida has opened new opportunities for Eric. From everything the world knows about Rachida and Eric, one can agree that this couple will la 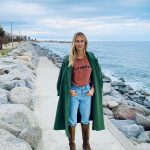 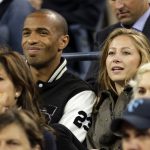