Some people age like fine wine, and one of those is Mark Cavendish, a professional cyclist. He gets more and more handsome as he grows old, but unfortunately, he is unavailable for ladies. He already has a wife, and her name is Peta Todd, a beautiful English woman. You have heard her name before, you know it, do not be surprised because she is a famous model. This woman has a net worth of $10 Million, and she has risen in the fashion industry quickly. Check out the full story of Peta Todd and her relationship with Mark Cavendish here.

Their Lovestory Was Full Of Hardships

Peta and Mark met in 2010 at a high-profile event, and Peta thought he was American. Peta did not believe that he was a famous cyclist until someone called him on stage. It was a far-fetched thing for the model to attend an event with sportspeople in it, but it turned out to be a good decision. She had no idea she would meet the love of her life during this event. The news of Peta and Mark dating surprised the media, and everyone was calling them for interviews. Because Mark was a cyclist, the relationship brought a lot of new knowledge in Peta’s life. She enjoyed every moment of her time with Mark, and they are still deeply in love.

The couple tied the knot in 2013 and faced the harsh realities of married life. Mark and Peta did not find it easy to maintain their marriage for these many years. Peta had to undergo surgery while Mark was away on his cycling competitions. Mark was not home for several days, and sometimes Peta felt like they had not exchanged a kind word. She did her best to pull their world together and prevent them from drifting apart. As we can see, her efforts were fruitful, and Mark and Peta are still the power couple they used to be in 2010.

She Imparts A Progressive Ideology In Her Family

Today, Mark and Peta have three children together named Delilah, Frey, and Casper. Peta has another child from her previous relationship, and his name is Finnbar. They raise their children with a progressive mindset and teach them to love and accept everyone. Recently, Peta’s sibling underwent a gender transition, and the whole family took a supportive approach. Her sibling now goes by the name Faye and exchanges styling and fashion tips with Peta’s daughter.

She Built A Career In The Fashion Industry Despite Her Background

Peta comes from a conservative family with uptight values. She began her modeling career at the age of 18, appearing on The Sun’s Page 3. Since then, she became a page 3 and continued her career as a Page 3 model for a long time. People love her glamorous face and unique sense of style. She also worked hard to maintain her body and stayed out of trouble throughout her career. In 2006, Peta took a break from the modeling world to have her son, Finnabar. Soon after his birth, she returned to the world of Page 3 modeling and made it big in the fashion world. Four years later, she met her now-husband, and life has been better since then.

She Is Immensely Kind

Throughout her life, Todd has striven to offer kindness to the world through her charity work. Peta has cycled 640 miles in five days in 2008 to raise funds for the Help for Heroes charity, and her hard work has paid off. The year after that, she climbed Mount Kilimanjaro to help the same charity again, this time with injured men and women. Finally, the world recognized her work and awarded her in 2010. Moreover, Peta has also had a meeting with Prince William and has traveled to Afghanistan to support the English troops.

At present, Peta works as a model and takes care of her family. She and Mark still lead the same busy lives, but they do not break their relationship. This couple shows that love is not enough to sustain a marriage because expressing that love requires hard work. Rest assured because Peta and Mark will always have each other’s back. 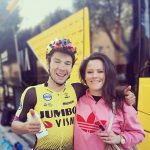 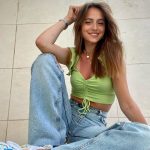