Juan Martin del Potro is a fantastic tennis player from Argentina. He is one of the top players who have established a name and fame for himself with hard work and dedication. With the biggest strength of his forehand, he has won various tournaments globally. Though he faced various severe injuries in the last few years, he made a rebound always, which is genuinely appreciable.

Apart from his game, Juan is also known for his love life. Currently, he is in a relationship with gorgeous Oriana Barquet that has made fans awestruck. The couple is a fantastic player and a beautiful influencer who is truly the hour’s talk. So, let us meet the stunning girlfriend of Juan Martin del Potro.

A perfect couple of one amazing player and a beautiful model is an ideal way to define this relationship. Oriana and Juan recently confirmed their relationship with the fans over social media. The couple shared a message in January 2022 after returning from Tandil.

Though the relationship is relatively new yet the blooming love between the two can be seen in their social media shares which are truly adorable. But the details of how these two met and how their love story started are yet suspense for the fans.

Barquet had lately posted a selfie of herself hugging Del Potro in a ship. With the image, she had also included an encouraging statement.

When it comes to WAGs, there is no doubt that they are extremely beautiful and stunning. But Oriana is a step ahead of others. Apart from being an influencer and model, Oriana is a highly educated WAG. She came from Bunes Aires and studied at the Catholic University of Argentina. She is one with a certificate in journalistic communication.

Additionally, Oriana is a successful model and influencer on Instagram with a huge fan following. Additionally, the model owns a clothing line that “represents a great joint effort.”

Oriana is a true influencer and is highly active on social media. She has an enormous number of followers which accounts for around 13.6k on Instagram. She loves to share special moments of her life with fans regularly.

The picture that she recently shared with Juan with the words of motivation is highly appreciated and commented on by fans of Juan. With her newly gained fame, her number of followers is increasing gradually.

Even though both are social media stars, they prefer to keep their private life low-key. Even after being quite active on Instagram, Oriana has hardly shared a couple of pictures with fans. She knows the right way to keep personal and professional life separate.

Being a model and a Journalistic Communication grad makes Oriana one of the most amazing influencers. Her physique and dreamy eyes complimented with long wavy hair make her look stunningly adorable. Additionally, she has the perfect physique to look glamorous in all outfits. With flawless skin and sharp features, Oriana is picture-perfect on all occasions.

Oriana Is Quite Humble

Oriana is quite famous on Instagram, yet it is remarkable to see her humble nature. She is stunning and never fails to express what she thinks. She is a great supporter of Juan and has been seen beside him. She shares her love for Juan openly.

She has recently volunteered with the United Nations, TECHO – Argentina, and Convidarte Voluntario. Her willingness to support those in need and offer her unconditional service says a lot about her warm and kind heart.

Seeing these two together can give you butterflies in your stomach. Though it has been only a few months into the relationship, fans are looking forward to some grand news. Oriana and Juan are a perfect couple. They compliment each other most amazingly and are truly grateful to have met each other.

Their willingness to be successful while ensuring their support for each other makes them stand out. Though the plans are not yet revealed, we hope to see these two amazing people together more often. Indeed, Oriana and Juan make a beautiful couple to admire. 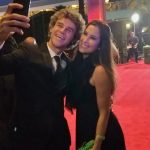 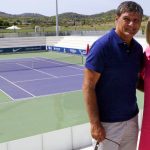