Alexander Zverev, also called Sasha Zverev, is a famous tennis player from Germany. He had a good reputation until he broke up with his gorgeous ex-girlfriend, Olga Sharypova. Olga was a celebrated tennis player in the past but disappeared from the sporting world after her split with Alexander. Despite everything, Olga is a woman full of surprises, and this article will explore everything about her.

Olga comes from Russia, where her love for tennis allowed her to travel the world. She started engaging in the sport at the tender age of 5, getting better each day as she was active as a kid. Her mother had a mutual friend with Marina Marenko, a celebrated tennis coach who aided Olga with her career. With a sporty, extroverted attitude and excellent guidance, Olga began competing in tournaments after a decade of intensive training. She did well at ITF-level junior events and traveled to different countries on her tours. By the age of 15, her life revolved around tennis, and nothing could distract her.

She Liked Photography More Than Tennis

However, she wanted to explore the world outside tennis, which led to her quitting the sport for some time. After taking her mind off tennis, she decided to explore the world of photography. She gave the profession the same dedication as tennis, and soon she was a professional photographer. Right now, photography is still her passion. During her break from tennis, Olga began reading novels, poetry, and psychology books. She was enjoying her time, but her love for photography brought her into the orbit of Zverev, her ex-boyfriend. It was not the first time Olga and Sasha spoke to each other because they had a brief history before that.

She Knew Alexander From Age 14

Olga met Alexander at age 14 while playing tennis, and they had an instant spark. Alexander wanted to date her, and the pair spent months texting and talking to each other. They would walk in the court holding hands, flirting, and everything that made their love look like a teenage romcom. However, they both were living in different countries, and it made their relationship difficult. Besides, Olga and Zverev had made their careers a top priority at that time. Olga would travel for tournaments and go to Russia. Alexander lived in Germany, and they were both minors, making their relationship impossible to sustain. The only thing connecting them was tennis and their tours, where they would briefly meet.

After Olga decided to drop her sporting career, her relationship with Alexander slowly died. They texted less each day, and soon their relationship became history. One day, Olga made an Instagram account for her photography and posted a throwback picture of herself in New York. Alexander thought that she was in New York and invited her to meet him. That was when the pair began conversing again, rekindling their spark. Just like last time, their romance grew fast, and soon they were dating again. However, this time the relationship was not as innocent and died within months. The pair does not plan on getting back together.

She Moves Forward Regardless Of Everything

Her breakup left her devastated, but Olga kept pushing forward. As mentioned in several sources, Olga is an outspoken, active girl who does not like to be held back by anyone. She disappeared from the tennis world and did not like to associate herself with Alexander anymore. She is fully dedicated to her photography passion and does not plan on changing her career. She also works as a model, thanks to her incredible looks. Right now, Olga travels between the US and Russia frequently.

Olga has a bright personality, and nothing can stop her from going after her goals. Her withdrawal from the tennis world indicates that she knows her worth and ambitions. She likes to stay true to her intuition and owns her decisions, irrespective of the consequences. Olga is a party lover and has several friends who support her in every aspect of life. She is brave because she exchanged fame and fortune for a peaceful life of personal satisfaction. She is an example that everyone does not need money or recognition in life. 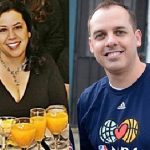 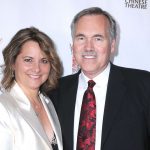