Kostas Manolas is one good-looking footballer. His performance on the field gets him massive attention from female fans. However, Kostas has eyes only for one woman, who happens to be his wife – Niki Prevezanou. There is still a lot to uncover about this stunning woman, but she’s the footballer’s biggest fan. Find out more about this blonde beauty in this article.

Niki is a greek-german, but nobody knows anything about her german side or background. She is more acquainted with her greek roots, loving her village of Gargarlianous, near Kalamata, in the south-western region of the Peloponnese. Niki had her religious wedding to the footballer in beautiful Naxos. The couple combined the grand event with their daughter’s baptism in a royal hotel on the island in Agios Prokopis. However, it was their second wedding together, as they had gotten wed in a civil marriage a year before. The wedding only consisted of close friends and family, along with some greek media who managed to click some pictures.

She Is The Talk Of The Town In Her Home Country

As one can already tell, Niki is private about her life with the footballer. One can hardly find any online records about the couple, but they are famous in their home country – Greece. She met Kostas when he was playing for AEK Athens, and their whirlwind romance began immediately. The greek media does not fail to catch a glimpse of Niki and her husband in high-profile events.

One time, the media spotted them at Sokratis Papastathopoulos’ (another football player) wedding in Sounio. Pictures of Niki dazzling in her red dress are still floating around on the web. It is one of the most prominently seen pictures of the beautiful greek girl.

She Has A Glorious Past In Modeling

Niki’s popularity among the greek football community is no surprise. Not only is she a WAG, but her beautiful features make her stand out from the crowd. Niki has a past in the modeling industry, and it is unclear whether she still works as a model. At present, she is reportedly working under her father’s company, which supposedly must be a hospitality business in Greece. She originally comes from Gargaliani, Messinia, and still spends vacations in her hometown with her children and parents.

She Has A Say In Kostas’ Career Decisions

Niki is in her 20s and loves her life in the “Eternal City” – Rome, where she lives with her husband and two children. The place is so dear to Niki that Kostas rejected an offer to move to London after she insisted on staying in Rome. Her three children were born there, and she was not in the mood to move, even if it is London.

It shows that Niki has a say in her husband’s career, and Kostas respects it. She is lucky to have a man who loves her just as much as his football profession, especially when he comes from a family passionate about the sport. Kostas previously had refused to go to St. Petersburg and Milan, and fans suspect that Niki was behind the decision. Irrespective of the validity of these statements, it is clear that Niki has a special place in the footballer’s life.

Niki Loves Her Family More Than Anything

Niki is a total family woman, and everyone knows it. She does not like to appear on social media, although Kostas has posted a few pictures of them together. Niki likely is uncomfortable with the prospect of having unknown people see and talk about her. She has a private Instagram account with a few posts. Her professional Instagram account centers around a hotel/hospitality business. Niki likely keeps herself too busy with her work and children, due to which spending time on social media is out of the question.

Niki and her husband are close friends with other players in the Greek National Team. Naturally, Niki is acquainted with other greek WAGs and hangs out with them. She keeps quiet about it, but it is clear that she has an extroverted, strong-willed personality. She matches her husband’s enthusiastic energy and fully supports him, even though sometimes she has to put her foot down. 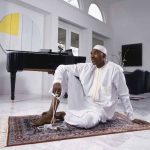 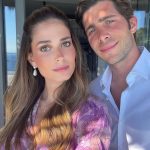