The Cobra is one of the most venomous snakes known to man. Like all snakes, it sheds its skin and grows. If the Cobra were human, it would be Najah Re’, the longtime girlfriend and baby momma of NFL star Jadeveon Clowney. Only because she’s the kind of woman who stops and reflects, sheds her bad habits and continuously evolves as a human being. This article is all about this lovely lady. Continue reading to learn more about her.

Biography of a Cobra in stilettos

Cobras don’t make themselves known easily. Najah Re’, in this aspect, is just like the snake. Born in South Carolina in the 1990s, Najah graduated from T.L.Hanna High School in 2010. She then pursued pre-med from the University of South Carolina and completed it in 2014. Najah is ethnically black and has at least one brother, as far as we know.

Najah Re’ and Jadeveon Clowney – How and when did they meet?

The lady, a South Carolina native, didn’t get to meet Clowney until they were in university. Although Jadeveon is from South Carolina, he grew up in a different place and attended South Pointe High in Rock Hill. When he met Najah for the first time, the player was impressed. However, things were never going to be easy for Mr Clowney. Najah isn’t the kind of person who’d jump into a relationship without getting to know someone on a deeper level. This lady took her sweet time getting to know him, but when she was finally done, she knew that he was her man for life.

What does Najah Re’ do for a living?

We know that this woman completed pre-med, but her heart wasn’t set on becoming a doctor or working in the medical field, for that matter. Najah completed her studies, and when she had to choose her career, this young woman made a surprising choice and decided to become a makeup artist instead. It was a completely wild turn that she took, but Najah enjoyed being an MUA. This woman knew that she’d be happy in life and get to spend more time with her family if she chose a field that didn’t demand as much. In the end, she’s very happy and proud to be an MUA.

Najah and Jadeveon – Are they married? What about kids?

It came as a bit of a surprise when we found out that Najah Re’ and Jadeveon Clowney haven’t tied the knot just yet. The lady is a religious woman, and we always thought that she’d choose marriage over a living together arrangement. That isn’t the case, though. Jade and Najah also have a son together. Jahlil, their son, was born in 2015. This couple hasn’t had any kids since. We heard that they’re waiting for the right time and circumstances before having another baby.

Who is Najah Re’ as a person?

A woman who is still a girl at heart, Najah Re’ is a devout Christian who puts her faith above everything. This black woman values her family the most in life. By her own admission, Najah used to be a selfish person. However, she has outgrown this trait now. Jadeveon Clowney’s girlfriend/partner is all about sharing the best things she has in life with everyone. She cares about what others think of her, but only to an extent. She puts her best foot forward in everything she does and has managed to have a clear reputation. This could be why Najah Re’ is successful even though she lives a relatively private life. 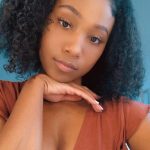 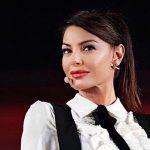