Kevin-Prince Boateng, a famous footballer, was once married to a beautiful lady at par with his talent. Unfortunately, the happy pair separated last year, leaving fans disappointed. The name of the mysterious, super-sexy woman is Melissa Satta, the ex-wife of Boateng.

She Is An Expert In Several Areas

Satta was born outside Italy, in the United States of America. Her father, Enzo Satta, worked as an architect and politician. He was an active man with multiple interests, and Melissa has inherited his charismatic personality.

Her primary education took place in the US, and her higher education happened at the IULM University of Milan. Melissa was also into sports as a child because she played women’s football. She also bagged a prize in the Sardinian Junior Karate Championships and won the national junior bronze medal. Her love for sports did not turn into a career, but she still loves sports.

The Television World Adores Her

As she grew older, Satta became attracted to the fashion industry because it gave her a chance to show off her beautiful features. She began working in fashion at the age of 16 and made it to the finals in the Miss Wall contest a year later. In 2005, Satta finally found her place as a TV presenter, and her career only soared after that. Throughout her career, Satta also made appearances in TV programs and movies. The beautiful Italian appeared in Striscia la notizia, Judge Mastrangelo 2, Bastardi, and Total Request Live. Melissa presented famous shows such as First and last, Controcampo, Victoria’s Secret, episodio pilota, Insideout, Punto su di te!, and TikiTaka. Her long career in TV and fashion has put her on a pedestal, leading to her dating a few superstars.

Her Love Life Is Full Of Spice

Melissa dated Daniele Interrante between 2003 and 2006, but unfortunately, it did not work out. Immediately after the separation, Melissa got together with Christian Vieri, a famous footballer. Much to her heartbreak, Vieri allegedly cheated on Melissa with Sara Thomas. Soon after the second break up, 45-year-old Italian businessman Gianluca Vacchi fell in love with her and they got engaged. However, this relationship did not even last a year as Satta got pictured with Kobe Bryant. It led to her split with Vacchi and Venessa’s divorce with Kobe. In November 2011, Satta began a relationship with Kevin-Prince Boateng, and their romance bloomed immediately. The pair was happy together and became engaged. In April 2014, Melissa had a child with him and named him Maddox Prince. They married each other in June 2016, split in 2019 before getting back together. Unfortunately, in December 2020, the couple divorced for good, never to patch up again. They announced their divorce on social media, saying that it was best for them to part ways forever.

She Has Determination And Strength

Melissa Satta was born with fire in her belly,  much like her successful father. She likes to travel and try new things, but her heart remains in Italy. Satta is not afraid to speak the truth even if it upsets people and does not shy away from taking risks. Satta is a go-getter with a headstrong personality and does not settle for anything less than her deserved prize. Over the years, she has gained knowledge of sports, fashion, romance, and journalism.

Nowadays, Melissa Satta has picked up a new hobby and business opportunity – fitness, and it is already blooming. She loves to make healthy recipes and works out to keep herself fit. Her dedication to entrepreneurship has made her successful in the new endeavor too. Irrespective of her love life, people know that Melissa will always remain a successful woman.

Melissa is single at the moment, but there are celebrity men that would love to date her. Unfortunately, Melissa did not find the ideal spouse after many years, but some women do not need to get tied down. Some women are fine flying forever, and Melissa Satta is among them. She loves her freedom and independence and does not want to sacrifice anything for the sake of love. Melissa is the true embodiment of an ideal modern, passionate career woman who will achieve great things. 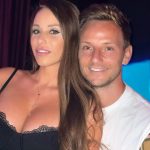 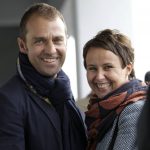