Anthony Martial just can’t stop scoring goals for Manchester United. And the one person who always gives him the much-needed boost ahead of each game is his beautiful wife, Melanie Martial. Read on the know everything about the Frenchwoman.

Melanie Martial is a notable television personality in France, whose popularity gained steam in the reality show Secret Story. Being a stunning model with typical exquisite French physical features, marked by blonde streaks and slender body, indeed helped her in scoring a vast following.

She was born on 28th April 1991, in Paris. Although, she identifies herself as French-Latino.

Growing Up In The City Of Love

Melanie Martial was born and brought up in the French capital. Academics or sports never tickled her fancy, as she was more drawn to the glamorous extravaganza of the entertainment world. Modeling must have piqued her interest early on, and her teachers only spurred her into that direction, taking her stunning physical features and grace into account. That became a huge encouraging factor for the budding celebrity to become a famous icon in the Western European country.

Started Her Career On A High Note

The 5’3″ height and 34-26-34 figure of the stunner allowed her to launch a career in the much sought-after field of modeling. She indeed had the looks for it, and as for talent, Melanie made it work with a little hard work and a pinch of dedication. The beauty’s television career took off in 2015 when she worked for a few popular TV shows. Soon after, she was invited to appear on the reality show Secret Story, which certainly rocketed her fame to new heights. Her Instagram account, which gleams with a whopping number of followers, 3.1 million to be precise, is the result of her sky-high fame. When the star earned both the cash and the clout, she decided to start her own shoe brand, Sy & Me, with her sister, Sylvie Da Cruz. Since Melanie is also a business owner now, no points in guessing that she is super-rich. But as for her exact net worth, the stunner likes to keep it under the wraps.

When They Got Together, And The Sparks Flew

Melanie and Anthony met while he was married to his first wife, named Samantha Helena. The Manchester United star boy wasn’t married to her for long and broke it off when he was enamored by the charms of the up-and-coming French model. The Manchester United fans took the separation hard, as most of them had grown to fancy their idol’s former wife.

But Melanie had the same effect as well. It wasn’t long before the new hot couple started flaunting their fresh liaison on social media and often uploaded pictures that made us swoon. This new relationship indeed did a huge number on Melanie’s follower count, considering the mega popularity of her boyfriend.

Taking It To The Next Level

Melanie and Anthony took their relationship took to the next level when they got hitched. After dating for a while, the two tied the knot in a super-secret wedding ceremony in 2018. It’s just as exciting as it sounds. The pair also has an adorable child now, named Swan. Though, this is Anthony’s second child. He also has a kid with his ex-wife. Whether or not the young Swan grows up to be an exceptional footballer like his father or even embraces the sport is yet to be seen.

The two are now happily living in the magnificent city of Manchester, owing to Anthony’s job. Though Melanie adores traveling and is often seen flying to some of the most exotic places in the world. However, the star has also opened up about the pitfalls of being a WAG and how sometimes, she can be a victim of stereotypes. But the beautiful model has also suggested that the comments don’t affect her, just the way they should be! She has also said that wherever Anthony’s career takes him, she would follow him as his number one fan. This would indeed make it easier for the Red Devil to move to a different league, should the need arise! 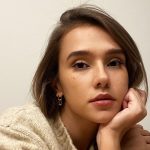 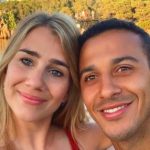