Petr Cech is among the most loved goalkeepers in football. He works hard for his team and plays to win the game. He knows what is best for his football team. Petr is also a good-looking man in the football world. Several women wish to be with him, but it is impossible. Petr has eyes only for one woman – Martina Cechova. There are several exciting things about her. This article will tell you all about Martina Cechova and her luxurious life with Petr Cech.

She Is A Drop Dead Gorgeous Woman

Martina Cechova is the lucky wife of the goalkeeper. Martina Cechova has crossed her thirties, but she does not look a day above twenty-five. She has won the genetic lottery of physical beauty. It is evident from her thick blonde hair and mesmerizing eyes. She has a perfectly symmetrical face, making her look like a model. Her looks are the envy of many women in the fitness industry.

She Is A Fitness Entrepreneur

Football fans do not know about her. Martina Cechova is obsessed with keeping herself and her community fit. She exercises a lot and inspires others to follow her. Thanks to her, several people have transformed their lifestyles. She encourages her clients to live healthily. Martina owns BeZu fitness studios. Her business venture revolves around health and beauty. She keeps her business page on Instagram active at all times.

She Is A Hardworking Person

In the football world, WAGs often depend on their spouse for financial support. Martina Cechova is different from them. She has opened her business independently from her husband. It has given her financial freedom and security. She has successfully created an identity as a businesswoman. Martina aggressively follows her goals without regard for anyone.

She Met Petr During Her School Days

Petr and Martina attended the same school. They were fast friends during these days. Their relationship started on as a casual friendship. After school, they kept in touch and pursued their careers independently. They fell in love at some point and began dating each other. It turns out that taking that step was the best decision of their lives. They did not let go of each other after they fell in love. Petr and Martina dated for several years without any drama. They never got involved in any scandals of the football world. Their dedication towards their relationship eventually led them to the decision to marry. After several years of dating, they tied the knot in a lavish ceremony in 2003. Martina looked excellent on her wedding day.

They Have Worked Hard For Their Relationship

Many couples lose interest in their relationship after marriage. Petr and Martina maintained a strong connection after their union. They have two children – Adéla and Damián. Their children are the focus of their lives. Petr and Martina have similar personalities, due to which they get along well. They love each other deeply. The best part of their relationship is the mutual acceptance of each other’s lives. Petr is a footballer, and Martina is a full-time entrepreneur. It indicates that they are busy individuals. However, they still carve some time out to spend with each other.

Martina Is A Go-Getter

Martina Cechova is an Aquarius. She is as professional and gorgeous as her husband. It indicates that she has an ambitious personality. She has incredible dedication towards her goals. Her relentless pursuit of fitness enabled her to become a business owner. She does not wait for things to fall in her lap. When she wants something, she gets it. Her achievement-oriented, unapologetic attitude helps her become successful in every aspect of her life.

She has attracted several followers on Instagram. It is not because of her WAG status. People find her attractive because of her fiery, outgoing personality. They love her fitness-related content because it is helpful. 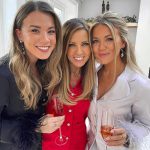 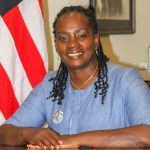