Mariann Barrena McClay is more than just Carlo Ancelotti’s wife. Read on to know everything about her! Being a football team manager is as challenging as it can get and has its fair share of ups and downs. But more than that, it is being the spouse of such a person who will have to provide constant support to their partner as they try to do their job well.

Known to most of the world as the better half of football manager and retired professional Carlo Ancelotti, Mariann Barrena McClay is a Canadian businesswoman who owns Mondo Uomo Enterprises Ltd and is its president as well.

Mariann was born to Maria Concepcion Gutierrez and Antonio Barrena. Not much is known about her early years, and the details of her public life are not very known to the rest of the world.

She studied at Simon Fraser University from where she graduated with a BBA. Following that, she enrolled in the Thunderbird School of Global Marketing, from where she secured an MBA in marketing. She also happens to have a Ph.D. in finance awarded to her from Cass Business.

Mariann and Carlo met each other for the first time in 2011, following which they dated each other for 3 years and eventually tied the knot in 2014. It was an intimate ceremony and only involved their respective families.

They have been bonded in holy matrimony for more than seven years now! Mariann has a daughter named Chloe from her previous marriage, and with Carlo, she has two kids, Katie and David.

Before serving as the president of Mondo Uomo Enterprises Ltd, Mariann worked in the public and investors department of Dayton Mining Corp. Some of the other organizations where she has worked in the capacity of a consultant include the Barclays Bank, the Data Miners, and Elsworthy Capital.

Given such an impressive professional journey, it is not surprising to learn that Mariann is not active in public life. Her choice to remain private has been supported by her husband on a grand scale.

Mariann has been by her husband’s side for every major event of football. One such event was when she accompanied her husband as he was about to be introduced as the new coach of Real Madrid.

Even as a football enthusiast, Mariann never shies away from expressing her opinion on the tournaments that she attends. She is very active on Twitter and does not take much time to make herself heard. She is known to have criticized the referees, and the overall officiating of the match between Real Madrid and Bayern Munich after several of the players from the latter did the same.

Even though she is a businesswoman in her own right, Mariann is always out there providing never-ending support to her husband. She is never hesitant about accompanying him whenever he is signed on to a management team. The two have a loving relationship, something that can be spotted based on their trips together.

During the holiday season, they were headed for a Michael Buble concert and have often attended world cup matches in Italy together. In addition to that, her only daughter has a rather amicable relationship with Carlo.

Recently the two of them had to experience a traumatic situation when burglars broke into their house and stole some of their prized possessions. The couple has stood by each other in this moment of crisis. In addition to that, Carlo has increased the security of his place to prevent a similar incident from occurring in the future.

This only goes to show the amount of love that exists between the two and how much of an impact Mariann has had on Carlo. Mariann was particularly supportive in helping Carlo process the shock.

Mariann Barrena McClay exhibits the different shades of her personality with equal panache and confidence. She is a loving wife who is supporting every decision that her husband is making. She is also a very successful businesswoman and yet doesn’t disclose her net worth to the public out loud.

She is also very opinionated and doesn’t hold back when she is particularly disturbed by the turn of certain events. Even though the burglary incident had affected her husband a lot, she was able to process the situation rationally and extend her support to others who needed it. It is expected that this super couple continues to overcome every obstacle that they encounter. 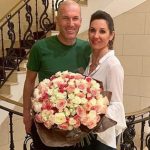 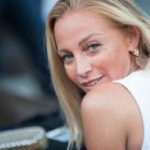