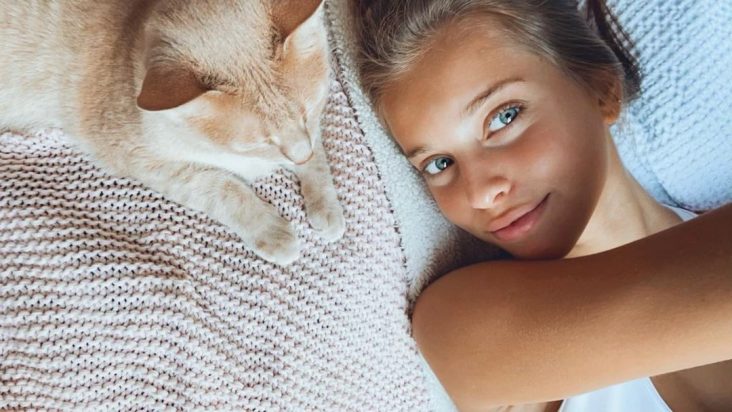 This post is all about Margarida Corceiro. We will be going into detail about this beauty’s life. She is the girlfriend of Atletico Madrid’s João Felix, by the way.

Biography of a Portuguese Actress

Margarida Corceiro was born on the 26th of October 2002, in the city of Santarém in Portugal. She is a model, dancer, and actress by profession. Signed to Central Models of Portugal, she has been in the game for nearly ten years now.

Let’s get straight to the stats

The vitals are the most important data to look for in a model. This girl stands at 5’5.5″ tall and measures 31.5-23-34.5. This slim beauty’s bluish-green eyes compliment her light brown hair perfectly. She wears a size 4 dress, and the size of her shoes is 5.

Craves intimacy. She is a demanding personality, and her affinity for mysteries is what makes her one of the most interesting persons to be around. Margarida, who is as intense as one can get, is always working towards becoming better and successful.

Margie was 17 and João 20 when he first made contact. They had mutual friends, but the footballer chose to woo her with the aid of Instagram. After sending her a few messages, it became clear that she wanted to be with him. The two have made it work despite being apart from each other.

This young actress was just a little kid who was fascinated by the world of movies and television. She used to sit in front of her telly and watch the stars, hoping to become one in the future. Fast forward to 2021, she has already achieved her wildest dream.

A star of the small screen

Margarida is a committed lady. She stuck with what she wanted, and her first big break came in 2019 from TVI. She got an opportunity to play Carolina Atalaia in Prisioneira. A series regular in the show, her next chance came from the same channel. She played the role of Constança Trindade de Sousa in Bem me Quer. The soap premiered on the 26th of October last year.

A well-known fact about this doll is that she loves to dance. She had been doing it as a hobby even when she was a nobody. But this lady is all about the competition. She enjoys the thrill of winning, which is why when an opportunity to take part in Dança com as Estrelas, the Portuguese version of Dancing with the Stars, she dove right into it. She is a participant in Season 5 of the show, which began airing in 2020.

Margarida is honest to a fault. She is someone who always tells the truth, no matter what, and hates dishonesty in others. She can’t stand people who steal and cheat, either, since she’s just as honest with herself as she is with others.

She is a person who doesn’t set limits in her life, and she doesn’t let anyone tell her that something she wants isn’t possible. Margarida is all about intensity but tends to get carried away with a sense of entitlement. However, this fierce fighter stands her ground and sticks to her principles. Although she doesn’t like to compromise, she knows that life is full of it, and for the right reason, she will go out of her way to make sure everything’s alright.

This traditionalist is a great girlfriend to have. Although her all-in-or-nothing attitude can be challenging to some, João Felix seems to be Ok with everything that has happened so far. The distance surely helps. 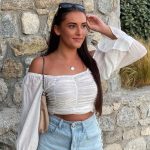