Dominic Thiem is an excellent tennis player and is all over the news again. Fans would assume it is because he did something outstanding on the tennis court, but they are wrong. People are talking about Dominic because he has a new girlfriend, and she is the definition of perfection. She looks like a goddess and acts like one too, and her name is Lili Paul Roncalli. This article is all about this woman, so get ready because there is so much to know.

She Was Already A Celebrity Before Meeting Dominic

Lili Paul Roncalli is making headlines ever since she began her career as a circus performer. Her father, Bernhard Paul, is a famous Austrian circus director who has directed several beautiful shows. Lili had the best guidance throughout her life, and today is a celebrated Contortionist, model, and skater. She has lustrous brunette hair that ends at her chest and frames her face in all the right angles. Because her father was in the entertainment industry, Lili took training in aerobatics in her childhood. She always knew she would be a circus performer when she saw the well-directed performances by her father.

She Has Appeared On Television

Her first performance happened with her brother Adrian and sister Vivian. From there, she did not stop doing shows and received invitations from different agencies. One of her famous individual numbers is Snake Woman, which put her on a pedestal in the circus industry. She became famous in Germany and appeared on television, giving interviews to magazines. In 202, Lili participated and won the 13th season of Let’s Dance, a German TV Show with her partner Massimo Sinato. Her other television appearances include 2019: Millionenshow (ORF 1), 2019: 7 daughters (VOX), 2020: Small versus large – The unbelievable duel (DasErste), 2021: Showtime of my Life – Stars against Cancer (VOX), 2021: who knows that? (The first), 2021: RTL Summer Games. Lili does a new show every year, so it is safe to say that she will make another television appearance next year.

She Comes From A Family Of High Achievers

Lili lives with her family in Cologne, Germany, the birthplace of Circus Roncalli. Her father has built a legacy for her, but he is not the only one that has achieved greatness in the family. Lili Roncalli is the great-great-granddaughter of Josef Weill, who has written several texts about Austrian composer Johann Strauss. It seems that achieving excellence runs in the Roncalli family. Roncalli circus was the first in the world to stop the participation of animals in their circus performances. They use realistic holograms of animals instead of perpetuating the cycle of cruelty.

Her Relationship Details Are Still Under The Wraps

As for her relationship with Dominic, it began in Vienna. He posted a picture with her on his Instagram account and received tons of messages and interview requests. He shut them down by insisting that his relationship shall remain private. The only thing the audience is allowed to know is that the pair met, had a good time, and decided to take a step further. Right now, Lili and Dominic are in a stable, happy relationship full of laughter. Their ambitious personalities are compatible, which leads to a healthy dynamic in their relationship. They keep their lives independent from each other because their priorities are their careers.

She Has A Strong, Outspoken Personality

Lili has an outspoken, charismatic personality that is a result of her rigorous training as a performer. She must strike a chord with her audience along with executing her steps with precision. Lili loves meeting new people and making new friends. Lili has an optimistic outlook towards life and believes that she can achieve anything if she works hard enough. She also has a flair for art because her mother is a german artist, but people never get to see that side of her.

Nobody knows if Lili and Dominic will end up together forever, but that is not a concern. Lili is young and has a life full of opportunities ahead of her. She does not need to get tied down in a relationship. She, just like her boyfriend, is a celebrity and has to maintain her presence in her competitive industry. Irrespective of their future together, it is clear that Lili will not stop climbing the ladder of success. 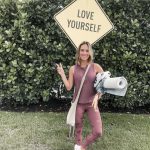 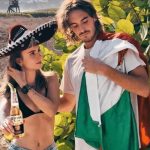