Andriy Shevchenko is one of the luckiest football legends. He has built a successful career in football, but that is not all. He has won everything in life, including the heart of a stunning American runway model. Luckily for him, his model wife is as successful as him. The power couple is a fan favorite in the football and fashion world. They have been together for a long time and are the envy of several people. They are the definition of perfection. However, this article is not about Andriy Shevchenko. It is about his stunning wife, Kristen Pazik, and her life of luxury and fashion.

She Was Born And Raised In America

Kristen Pazik was born on 11th August 1978 in Massachusetts. The details of her educational qualification remain under the covers. She has also not revealed her childhood story. Despite the secrecy, the whole world knows about Kristen Pazik. She is a famous American and British model of Polish descent. The origins of her modeling career remain unknown. However, Kristen is a runway model, the best place in the fashion industry.

She Has Roped Her Husband Into Her Modelling Career

Marrying a model is the dream of every man. However, Kristen is not the only model in the family. Thanks to for modeling career, her husband, Andriy, starred in one of her photoshoots. The pictures are raunchy, and the couple seems to have enjoyed it. Their pictures were a hit when they came out. Kristen and her husband appeared topless on the front cover of the Italian version of GQ in a sexy photoshoot. People still quote the photographs when talking about Kristen and Andriy.

A few years after taking those pictures, Pazik married her boyfriend, Andriy Shevchenko, in July 2004. The couple never had any drama between them, unlike other celebrity couples. They share a career-oriented mindset and support each other in every venture. They have four talented sons, Jordan, Christian, Olexandr, and Rider.

Kristen and Andriy are religious people. Andriy is Ukrainian Orthodox, and she is a Catholic. Kristen has a sporty, outgoing personality inherited from her father. She could easily play football because she has a sturdy physique. Hot love for the world of sports comes from father, Mike Pazik. He is a former professional baseball player. Thus, the ability and talent for playing sports run in her family.

It Was Love At First Sight For Kristen

She Is An Influential Figure In The Football World

Kristen is close friends with Chelsea owner Roman Abramovich’s ex-wife Irina. Irina and Kristen have shopped in and around Sloane Square’s glitzy designer boutiques. Due to these high-profile connections, Kristen is a significant figure in the football world.

Kristen is a lucky woman because her husband respects her a lot. She is a strong, independent woman that has met her prince. Other women should strive to be like her. She has incredible dedication to her career and does not compromise. She has never held herself back for anyone in her life. Kristen is also not afraid of speaking her mind.

Her priority is her family, like most people. Fortunately, she does not compromise her career to look after her children. It seems like they have inherited her loud, go-getter personality. After a whirlwind romance and four sons, one can assume that Kristen and Andriy will stay together forever. 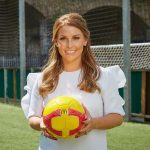 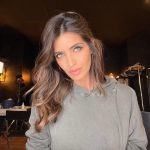