Darius Leonard had become famous in the American football community. It is all thanks to his skills and dedication to the sport. However, people often overlook that he has the best social support system ever! His wife supports him every step of the way. She loves him with all her heart, and she is the reason he was able to achieve all the success. They have known each other for a long time, and this article will tell you everything about their relationship.

She Is One Stunning Woman

The most beautiful feature of Kayla Leonard is her curly hair. She wears her dark brown hair in several creative styles.

She looks effortlessly gorgeous due to her hair. Her curls frame her face in all the correct angles. Kayla also has mesmerizing blue eyes that make her stand out. Her eyes are large, making her look pretty. Her husband has complimented her looks several times.

Kayla has a well-defined figure. She used to work out a lot during her younger days. One can see that Kayla was the most beautiful girl around in the past. She still looks youthful, despite her old age.

Kayla has maintained her body through fitness regimes and diets. She only eats healthy food and takes care of her body for all the right reasons.

They Have Known Each Other Forever

Some couples act as if they have spent their entire lives together. It is the case with Kayla and Darius. They have been with each other for a long time and loved each other forever.

Kayla and Darius have spent their childhood together. They have grown up with each other surrounded with love and affection from their parents. They met when they were five or six years old in kindergarten. They took a picture together and became friends immediately. They had similar personalities, due to which they got along well. Kayla and Darius were sincere children who took their studies seriously. They participated in several extracurricular activities during school.

Kayla Rejected Him At First

Kayla and Darius grew up in a small town where everyone knew each other. Their kindergarten classmates became their college graduation classmates. Darius always had a crush on Kayla. According to him, her eyes made him fall in love. After spending several years in school, he found the courage to ask her out on a date. He approached her during 6th grade, but she refused to go out with him. He did not pester her anymore. However, Kayla asked him out in 11th grade, and that is how the couple started dating each other. Since then, they did not break up with each other.

Kayla Was Also A Sports Enthusiast

Darius always knew he wanted to make a career in sports. He has invested several years perfecting his abilities. However, Kayla was also equally enthusiastic about sports. She used to play softball, volleyball, and basketball during her younger days. According to Darius, her skills were impeccable, and she was a competitive person, just like her husband.

Kayla and Darius used to compete with each other all the time. They were both fierce and determined when it came to sports. They also threw some insults at each other. However, there was always a friendly undertone in it. They did not take life seriously and lived in the present. Their relationship was full of funny and lovely moments. Kayla and Darius were best friends, and they knew it.

The best part about their friendship was that it was compatible in all aspects. Kayla and Darius accommodated each other’s plans. They also worked out together after school. They were both into fitness and exercise. One could see that Kayla and Darius belonged with each other.

Kayla and Darius have proven that love conquers everything. They supported each other through college and met all the time. Darius told Kayla about his dream of playing for the NFL, and Kayla agreed immediately. Shortly after his career took off, he married his girlfriend in a courthouse wedding. They signed the papers in casual clothes, and Kayla announced her pregnancy shortly after the wedding. One can tell that this couple will live together forever. 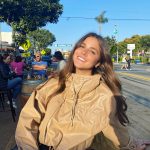 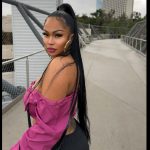