It’s not every day you hear about athletes dating athletes. But Reggie Jackson and Salinee Jayne Caldwell have not conformed to the norm. Read on to find out more about Reggie’s stunning girlfriend.

Biography of a Thai-Australian athlete

Salinee Jayne Caldwell was born on August 18, 1993, in Bangkok, Thailand. Jayne’s father, Shane Caldwell, is an Aussie national, whilst her mother is Thai. Jayne’s father brought her back to his homeland when she was three. She finished her high school education at Brisbane State High School and before going on to attend university. This young lady spent the majority of her early life down under but visited Thailand every year to meet her Thai side of the family.

What got Jayne Caldwell into sports?

Jayne Caldwell’s dad was an avid rugby fan. The man had played the sport too, and her love for sports stems from him. Jayne showed interest in sprinting and jumping early in life. Back home in Australia, Jayne competed in 100m and 200m sprints in the State championships. The long jump was another event she participated in. Jayne took up six-a-side rugby when she was sixteen and played badminton and volleyball at Brisbane State High School. This young woman excelled in every sport she took up.

What brought Jayne Caldwell to America?

Well, you guessed it right. Jayne Caldwell took the sporting route to the USA. The woman found gridiron whilst in university, and it was this that would take her to the North American nation. As a strong performer for the Brisbane Panthers, Jayne Caldwell received offers from Omaha, Los Angeles and Atlanta to play quarterback for the women’s team. Although she was still in uni, a special arrangement allowed her to sign up with a gridiron team based in the States. Ms Caldwell signed with Atlanta Steam.

Developing as a player in Atlanta, Jayne Caldwell transferred to Los Angeles Temptations in her very next season. For her third and fourth years, this young lady played for the Chicago Bliss under Keith Hac.

Jayne helped the team win the Legends League Championship in early 2018. Named as the league’s best running quarterback, she holds the record for the longest rushing touchdown at 49 yards. Although this Thai-Australian has had her fair share of injuries, she has proven her critics wrong and created a name for herself in a sport that does not appreciate women.

Jayne Caldwell quit playing the game in 2018. She even moved to Thailand for a while. However, this beauty got back to the USA after some time, and that’s when she caught Reggie’s attention. The two began dating when he was still with the Detroit Pistons. As things got a tad serious, the two of them decided to move in together. This couple was in it for the long haul. When Reggie moved to the Clippers in February 2020, she joined him. They’re going strong, and everything is smooth in romance land for them.

Jayne Caldwell’s character traits and what does she do now?

Ms Caldwell likes proving people wrong. Nothing motivates her like a naysayer or two. This lady knows what she can do. Jayne works hard to achieve her goals and, as a result, makes people eat their words. It must be really embarrassing for her detractors when she goes on and proves herself. Although she has put an end to her sporting career, Jayne Caldwell is still involved in sports in one way or another. She started an initiative called Athletes for Athletes and aims to offer support and motivation to any sportsman or woman that might need it. Jayne’s fondness for Thailand also has her working with a few Thai brands and helping them make their entry into the USA. Jayne Caldwell also does some modelling work and can be seen promoting stuff on her Instagram. 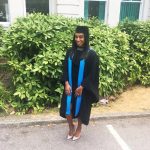 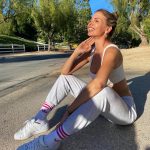