Francesco Totti is a famous footballer surrounded by riches and beauty; his fame is thanks to his passion for the game and a unique person in his life. The name of that person is Ilary Blasi and an Italian model, showgirl, and actress. This article will tell you all about her luxurious life, family, and her relationship with Francesco. Everyone in Italy knows about her, but that is not all, because she is famous outside her country. So let us dive in and get to know this exciting personality called Ilary Blasi.

Cinema Was Her Destiny

Born in the famous city of Rome, Ilary’s future in television was pre-decided by her mother. Her mother, Daniela Blasi, named her daughter after one of her favorite heroines from Western cinema and expected her to enter the media industry. Her mother was eager to send her into show business from a very young age, and that is how Ilary landed her first media gig at age 3. It was all thanks to her mother that Ilary starred in a Panettone Galbusera advertisement before she was even five. After her initial gigs, her career blossomed, and cinema became an integral part of her life.

Because Ilary entered the show business at such a young age, she became fearless in front of the camera. She was in a small role in the film “Da grande” directed by Franco Amurri. Ilary also voice acted for one episode of the Simpsons, making her internationally famous. Ilary and Francesco are so well-known that football fans call them the Beckhams of Italy.

She Is A Family Person

Ilary has two sisters, Silvia and Melory, but only one of them, Melory, seems to be on social media. Unfortunately, Ilary has not revealed anything about her parents or sisters because she likes to keep her family matters private. She only spoke about her mother in an interview once, but that’s it. She avoids posting pictures of her parents and sisters on her Instagram account, but otherwise, she is an active social media user. Just because she does not post about her sisters and parents on social media does not mean she is not close to them. Family is the most significant thing in Ilary’s life, even though she does not overtly express it. Her dedication to her family has had her marriage so fire through several ups and downs.

Her Relationship Was A Match Made In Heaven

Ilary and Francesco met in their twenties and hit it off from day one. She was unaware of his fame back then because football was nowhere in her world. Ilary’s world was full of glitz, glamour, pretty dresses, and films, not sports. They knew they were soulmates in their first meeting, so they got engaged and married each other in 2005. Their marriage was a happy one for the most part, but not without obstacles. Some people accused Francesco of infidelity, but Ilary did not let those accusations affect her love. Her trust in her husband is a result of her confidence in herself. Ilary knows she is beautiful, talented, intelligent and that there is no way Francesco would leave her.

The proof of their healthy marriage lies in the former footballer’s grand declarations of love for Ilary. Back when he played football, he dedicated several goals to her. Who would not love such a beautiful wife? Ilary has long surpassed her youth, but her healthy lifestyle keeps her looking young. She often works out with Francesco; she has even posted a video of them doing a yoga pose on her Instagram account. Thanks to her strict diet and exercise regimes, her body looks stunning as usual. Her body measurements are 33-26-36 inches, complimenting her straight, blonde hair and exuberant, blue eyes. Ilary has had some plastic surgery, which left some people concerned about her. However, one snap of her without makeup made them realize that Ilary is beautiful with and without additional help. Francesco is lucky to have a wife that has aged so well.

Ilary and Francesco’s relationship is an example of a picture-perfect marriage most people do not get in life. Their devotion towards each other and willingness to work hard are commendable qualities. Ilary and Francesco are likely to stay together forever; they have already spent more than fifteen years together. 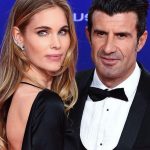 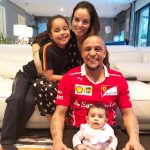