Luís Figo is a former Portuguese footballer that has set an example of a good sportsman and a loving individual. He has had an excellent football career that he can be proud of, but that is not where it ends. Figo is the husband of one of the most beautiful women on the planet, Helene Svedin – known as the face of H&M by the world. Helene is no ordinary model or person; she stands among some of the top models worldwide. Like her husband, she has built a successful career in which she is still thriving despite her age. There are so many exciting things to know about this person that it is hard to squeeze them into one article.

She Met Luís In Her Twenties

Svedin met the love of her life, Luís, in a Joaquín Cortés show in the beautiful city of Barcelona. Sparks flew, and they connected instantly. Their relationship is still standing strong after all these years. Other than their meeting location, details of their dating life remain unknown. However, they have stuck with each other since the beginning of their love story. They have three daughters that are just stunning as Helene – Daniela, Martina, and Stella. Svedin mentions them in her Instagram posts during their birthdays and often includes them in her photoshoots. They all bear a striking resemblance to their parents.

Her Modelling Career Is An Unattainable Dream For Most People

Helene Svedin was born on 22nd October 1976 in Solleftea, Sweden, and began her modeling career during her teenage years. The details of her school and university remain unknown. However, Svedin is an educated woman, according to this source. At 21, she left her country and movies to Spain to pursue modeling professionally. Svedin fell in love with the landscape and decided to settle but traveled a lot for her modeling gigs. She was a sought-after model, but her career skyrocketed into popularity when she signed a deal with these agencies – Wiener Models and East-West Models. Later, Svedin also signed up with the Elite Model Management in New York, where she works even today. She works with three other famous agencies called SS&M Model Management, Munich Models, and Modelwerk. Helene Svedin has a successful modeling career in-store, despite her age. Apart from these successful agencies, Helene has brands like Land Rover, L’Oreal, Isdin, Kia Motors, and Giorgio Armani under her belt. A model who works with these names defines success in the beauty industry.

Helene Svedin is a lot more than a professional model; she also likes football. There is a video of her and her husband playing football together, having the best time with each other. Thanks to her outgoing personality and inclination towards sports, Svedin has maintained a sexy body even past 40. One would look at her and say that Svedin has not aged a day after 25! Her efforts also show results during her modeling photoshoots. However, physical beauty is not the only thing that made Helene a successful model. She has the correct personality that goes with her looks.

Her Looks Are Not Everything

Helene Svedin is an outgoing woman who understands the ins and outs of the business. She began her modeling career at 16 and saw immediate success in the modeling world because she was a natural. If Svedin walks into a room, there is a hundred percent chance that she will cause all heads to turn in her direction. Her confident, headstrong, and elegant attitude makes her irresistible to people. This skill of exerting a dominating presence in any situation is the quality that makes Helene Svedin better than other models. Thanks to her hard work and talent, Svedin has gathered a net worth of $1 million to $5 million.

Luís Figo could not have asked for a more beautiful and talented wife than Helene Svedin; he often receives compliments saying how lucky he is to have her. Figo and Svedin were a match made in heaven because their marriage has lasted for several years. It is rare to see such a strong relationship in this age where one can find evidence of love. Helene and Luís have never had a problem in their relationship because they are both intelligent people who dislike drama. 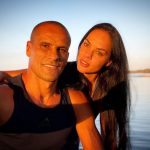 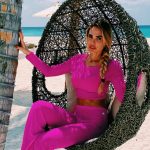