Read to know everything about the woman who made Cristiano Ronaldo settle down, even after dating tons of supermodels! When Cristiano Ronaldo started going out with Georgina Rodriguez, people did not think much of it, deeming it as a temporary affair. However, they shocked everyone when the pair started appearing at events, hand in hand, looking all loved up. We first realized how special she was to the star player when Georgina appeared at Best FIFA Football Awards in 2017 with his family. Read on to know everything about the beauty that has captured Ronaldo’s heart!

Georgina was born on January 27, 1995, in Jaca to Jorge Rodriguez and Ana Maria Hernandez. Her father was a retired football coach but had a rough past. He had to serve jail time for ten years for dealing with drugs and passed away in 2018 due to complications from a stroke. She also an older sister called, The family was poor, and she had to hustle hard to get to where she is today. After working odd jobs, such as a waitress and a domestic worker, Rodriguez finally shifted to England, where she studied English. The model is also a talented dancer and took up working as a salesgirl for Gucci in Madrid.

The stunner’s height is at a perfect 5 feet and 6 inches. Weighing 56 kgs, she belongs to the Aquarius sign.

Many people are curious as to how an ordinary person like Georgina catapulted to stardom and starting dating a star player. The couple is said to have met in 2016 while attending a VIP event by Dolce & Gabbana, but there are reports that also say that the player walked into the Gucci store where she worked and is said to have exchanged numbers with her. Whichever the instance may be, their relationship escalated quickly because the pair were already engaged by 2018! Fans have been eagerly waiting for the marriage.

Meanwhile, Georgina became a mother to the duo’s daughter, Alana Martina, in 2017. Alana is Ronaldo’s second daughter and fourth kid. The happy family lives together in a giant mansion in Italy. She is a supporting mother to Ronaldo’s other kids and regularly gives her followers a sneak peek about what is going on in the busy household.

After getting together with Cristiano, all doors started opening for her. She left her job in sales and started making her way to the modeling industry. Apparently, with her enviable figure and features, she looked ready for the runway and is already making money moves!

She is an already popular social media influencer with over 24 million followers across different platforms. Rodriguez has also been featured on reputable magazine covers, including VIP, Women’s Health, Diva E Donna, Nova Gente, Love. She is also the brand model for the famed lingerie brand, Yamamay.

While Ronaldo is one of the wealthiest players around, it does not stop Rodriguez from having her own aspirations and pursuing the career of her choice. It is estimated that from modeling and being a social media star, her net worth is around a whopping $10 million.

Georgina is frequently spotted supporting Ronaldo at his games. Whenever he scores a significant goal, the Spanish model can be seen shedding tears of joy! Even Cristiano’s mother approves of her as a daughter-in-law and commends her for being good-spirited and kind.

Little tidbits about the lovable personality of Georgina frequently come to light when she revealed that she loves animals, children, and nature. The model revealed that she has a cat, who also happens to be her best friend!

When you are in love, age becomes just a number, and especially when the chemistry is right, the age gap really does not matter! It is all the more true in the relationship of Cristiano Ronaldo and Georgina Rodriguez, as she is ten years younger than the footballer.

Over the course of their relationship, they have had to fend many controversies, especially in the #MeToo movement. However, it does not look like they were affected by it as they remain stronger than ever! 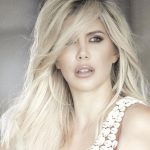 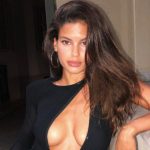