We dive deeper into who Griezmann’s wife is and ensure you get the answers to all the questions rushing around in your head. Let’s start by knowing who Erika Choperena is and what does she do for a living? Erika Choperena, one of the most beautiful Spanish ladies, isn’t a big fan of media attention. But right after she started dating Antoine Griezmann, the curiosity of the French footballer’s fan reached the peak.

In the later part of the article, we will talk in detail about how Erika and Antoine met and the struggle of an entire year before the man won the Spanish lady’s heart. Excited, aren’t you? Let’s get started with the details.

Erika Choperena is a beautiful 29-year-old lady born and raised in Spain. This Spanish lady is a child psychologist. She believes that the issues dealt with by children must be resolved before they turn into adults for a more emotionally stable life.

Research has shown that Erika also had a beauty blog, but unfortunately, she had to take it down in 2014. Apparently, when the news of their relationship became public, the blog started receiving uninvited visitors. It has been seen that Erika is a very kind and humble person, but when it comes down to her relationship, she is not much of a talker.

After all, most of the disturbed adults once dealt with trauma in childhood that they had no one to talk about. Erika’s general nature has helped her excel in the field as she is kind, compassionate, and knows how to make people talk about their emotions. One of the main reasons why our French footballer could not keep his eyes off of her.

Erika and Antoine are blessed with two little packets of happiness whom they named Mia and Amaro.

How Did Erika Meet Antoine?

You must be confused as to how two people who speak two different languages came across each other and eventually fell in love.

Well, the truth is that Antoine’s professional life somehow led him to the love of his life. After trying as hard as he can to get into the Spanish league, Antoine finally got a chance when a Basque talent recruiter signed him for Real Sociedad. This opportunity turned his entire life around, both professionally and personally. His career was going downwards when he finally got the chance, and our star footballer made the most of it. After that, he became one important asset for Spain.

In 2011, Antoine came across Erika in a beautiful yet filmy manner. The two met in San Sebastian; during that time, Erika was studying in a boarding school. This school was right next to where Antoine trained. After a number of eye contacts that clearly showed the spark between the two, their story began.

One Year Of Struggle And Effort

But wait, it did not happen instantly, and winning Erika was one of the toughest things he had to do. It took him almost a year, and although he could have gotten anyone with the charm, he carried he only wanted that one Spanish beauty. Right after he won her heart, the two have always been seen with each other supporting everything they do. In 2017, the beautiful couple tied knots in a private ceremony in Toledo. Not the biggest fan of the limelight, are they?

Antoine is known to be one of the best footballers in the world, and Erika plays a huge role in it. Every opportunity that came knocking on the door of our star footballer, she made sure he went for it. Even though she had to pack her bags and move along with him, she was ready to go through anything to ensure he gets everything he prayed and worked for.

In order to succeed in a tough direction, you need someone who would give you the little push you need to move further. Erika still makes sure he never misses an opportunity that could prove to be great for his career. 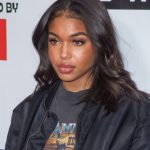 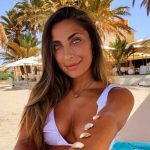